The Volkswagen owned Italdesign has unleashed its new hi-tech Clipper MPV concept at the Geneva Motor Show and this six-seater car contains a four-wheel drive electric drivetrain. This revolves around the same MQB platform as the VW Golf and it is nice to see it in all its glory being unveiled at the 2014 GMS.

As you may see in the image the Clipper has full-length gullwing doors that look pretty impressive, not to mention the cutting edge technology that is loaded into the interior. The Italdesign Giugiaro Clipper reveal is documented on the Auto Express website including the inside, although they feel it is the boldly styled exterior that is the main attraction.

Donning a pair of 149bhp electric motors for each axle, they work together to give this a top speed of 126mph and around 335 miles on a single charge. With batteries located beneath the floor there is plenty of room for the designers to make the most of the space inside and this motor introduces six-seats into a body not much bigger than a Volkswagen Golf.

The layout is three rows of two seats and those travelling in the rear four seat positions will have the opportunity to make the most of installed iPad minis in the headrests. The driver also benefits from in-car technology with a pair of large touchscreens containing everything from the dials and all the controls to the air-conditioning and the infotainment. 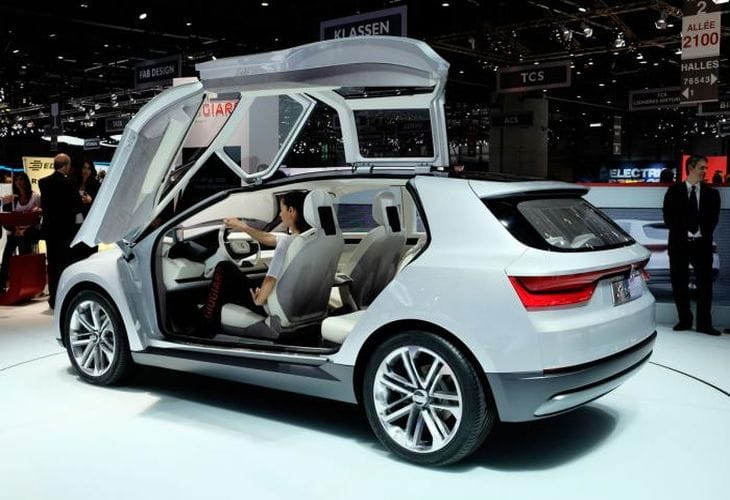 To make this more organized the start-stop button, electronic handbrake release and gear selector are accessible on the driver’s seat armrest. In addition, there is also a moveable storage tunnel, which resides in the middle of the car and this can slide backwards to make more space.

As we wait for news of this going to retail we don’t expect any urgency for sales plans, as this Italdesign concept is 90% owned by VW, but it is nice to see the new technology involved with people carriers like the Clipper. Do you like the look of the new Italdesign Giugiaro Clipper?