How big an Elder Scrolls fan do you consider yourself to be? If it’s within the hardcore category, you may be interested to hear that we’ve found a group of ‘ultimate’ Elder Scrolls fans. They are so ultimate, they have even created a fan-made live action trailer for upcoming game Skyrim.

Yeah, it’s true and the trailer is actually not bad at all. It’s a little bit on the cheesy side, but it is very well made and you can see the effort that has gone in to the video in trying to make it look like a typical Skyrim setting as much as possible.

The video has been created by the guys over at Try Force Productions and it’s worth pointing out that this trailer features something that fans are most looking forward to seeing – blood. Yes, there’s plenty of action to be seen and it gives us a good reminder that Bethesda has now added blood and other elements of violence into Skyrim which will probably delight the masses of fans. 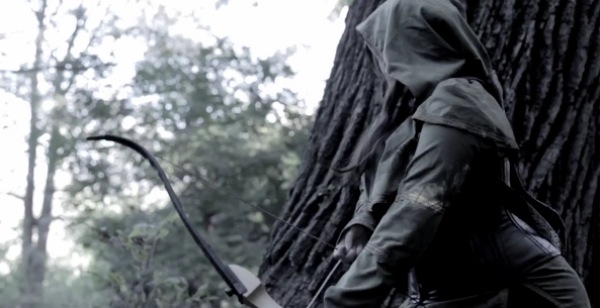 It will be interesting to see if Bethesda throw their weight behind this fan trailer and officially support it. We’re not sure if they have seen it yet, but once this trailer spreads around the airwaves, it will be hard for Bethesda to ignore it.

Are there more live action trailers like this on the way soon we wonder? Perhaps we’ll see a part two before the game releases on November 11. Check out the video in question below and let us know your thoughts on it.

On a side note, don’t forget to read our previous article on Skyrim where we informed you about the criminal aspects of Skyrim and whether or not Bethesda are taking it a bit too far, or if they are just giving what the fans want to see.

Is this fan trailer worthy of the Skyrim tag at the end or not?