There have been quite a few rumors circulating the Internet recently surrounding the upcoming Apple iPhone 5, including the possibility of it coming to the Sprint network. Now it appears that even more rumors have surfaced online, which have suggested a few of the possible features.

According to a recent article by Sindre Lia over at infosyncworld.com, the new iPhone 5 could well include a new “Media Stream” feature. 9to5Mac reported that a “Media Stream” folder was found within the iOS 4.3 file system, which could be a feature revealed as part of the iPhone 5’s launch. 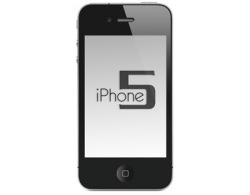 In the meantime, a recent BGR report claimed that Apple is in the process of testing new multi-touch gestures, which could also be introduced on the iPhone 5. Desire Athow over at itproportal.com has even brought up the fact that Apple has filed a number of patents regarding glassless 3D displays.

Could this mean that the Apple iPhone 5 may be launching with 3D? Another report by Nilay Patel over at Engadget has us thinking as well. According to Nilay, Apple has just signed a two-year; $3.9 billion deal with 3 different suppliers to secure what they say is a “very strategic” component for their devices.

Have any of the recent rumors made you want to wait until the arrival of the iPhone 5, or would any other features tempt you?