For those that still continue to ask the question, ‘Is Black Ops 3 coming to PS3 and Xbox 360?’ the answer is yes, as Activision has already confirmed this to be the case in a statement earlier this month.

This is a relief in itself as there were some concerns that Treyarch and Activision may opt to focus solely on next-gen and PC, since some other publishers have already announced that they won’t be making games for PS3 and Xbox 360 anymore.

Black Ops 3 is coming though and now you’ll need to be aware that there are some major Black Ops 3 differences with PS3 and Xbox 360 Vs PS4 and Xbox One.

The big one is that only two player co-op campaign is supported on PS3 and Xbox 360. This is different to next-gen, as the game will be able to support 4 players online as you can see from the image below which was taken from the live E3 demo. 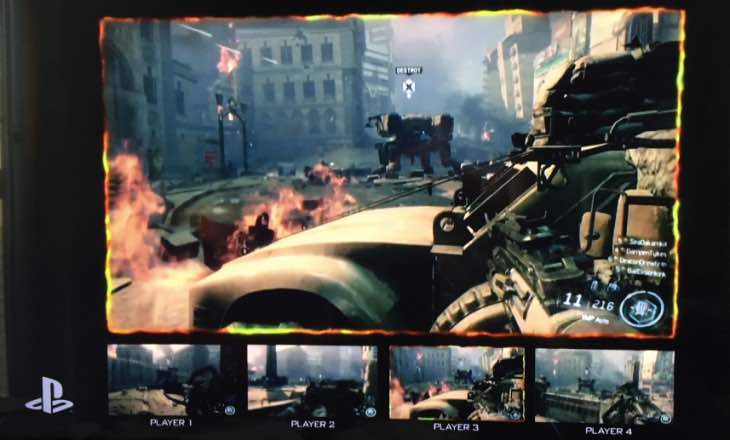 What hasn’t been clarified yet though is will Black Ops 3 on PS3 and Xbox 360 have local co-op, i.e, offline co-op for 2 players which is supported on PS4 and Xbox One.

This is a big aspect of co-op for many gamers and we wouldn’t be surprised if it’s not included on last-gen due to hardware constraints.

What will be coming to PS3 and Xbox 360 versions though is Black Ops 3 zombies. Again though, Activision hasn’t gone into detail yet on whether there will be content cut in this area too – for example, smaller maps and less weapons and items compared to PS4 and Xbox One versions which are being prioritized.

You should also be reminded that Black Ops 3 on PS3 and Xbox 360 is not being developed by Treyarch. Instead, Mercenary Technology and Beenox will be handing the port so that could be another area of concern depending on your opinion regarding these two studios.

Let us know if you have any fears about buying Black Ops 3 for PS3 and Xbox 360. Is two-player co-op compared to 4 player on next-gen a problem for you or not, or are you just happy that the game is coming to old hardware full stop?