There have been quite a few new games added to the Apple App Store over the past few days, including Ultimate Mortal Kombat 3 and Lara Croft and the Guardian of Light. Now it appears that the AppMania Company has just released another, by the name of Iron Wars.

According to slapapp.com, the Iron Wars game — which is available to download for free as from now — is a 3D shooter, in which futuristic iron balls do battle with each other in both top-down view and real time. It’s thoughtfully designed gameplay and colorful graphics will keep you playing for hours. 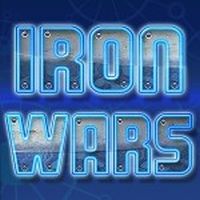 The game allows its users to play online with other iPhone, iPad or iPod Touch owners via a Wi-Fi connection, with many different maps to choose from including space platform, forest and abandoned mine. Players can choose from three different modes — Domination, Team Deathmatch and Deathmatch.

You can read more about the Iron Wars app and view a few screenshots of the game, via itunes.apple.com. To play this game, you will require Apple iOS 3.1 or later. What do you think of this new app?