Seeing analysts talk about the iPod touch 6th generation being substituted by Apple’s iWatch later in 2014 isn’t reassuring, especially for those that know this portable media player saved the company years ago and is still demanded today as a WiFi phone and pocket computer.

The iPod has decreased in popularity over the years and some people feel it’s clear what the future of Apple’s most popular model, the iPod touch, will be in the coming months. The trend of smart watches isn’t slowing and Apple will almost certainly enter this market in late 2014, or early 2015, so this could be the personal gadget that replaces the iPod touch.

There’s rumored to be two models of iWatch planned and analysts are currently promoting the idea of no iPod touch 6th generation this year. It is possible this is why we saw a slight refresh early in the year, and the iWatch will now take over part of iPod’s utility

One recent iPod touch 6G video uploaded to YouTube in August, 2014, can be seen below this article. This video author considers some of the latest developments at the same time as offering up a wishlist for new features, which include a Touch ID and 5-inch plus display.

Demand still there for iPod touch 6G – reactions to the specs within this video reveal a desire for something new and at least one more refresh. Current owners love the idea of a bigger screen size, mixing the classic’s storage with touch UI and of course gaining upgraded specs while still being able to use this device like a WiFi phone without contracts. 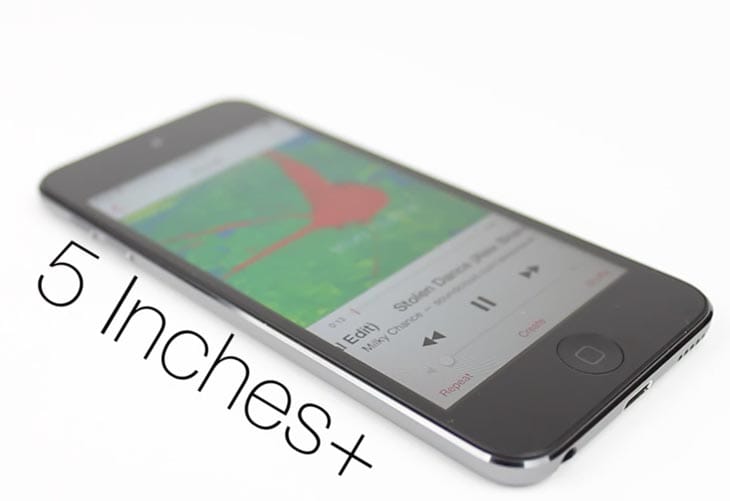 How will you feel if the iPod touch 6th generation misses a release date in 2014, and instead sees a product replacement by Apple’s new iWatch?

Insiders from Asia continually reveal indications of iWatch development and production for Q4 2014. Capacity for the iWatch and current market movement has been looked at in detail by analysts, and the majority predict no refresh this year with the iWatch introduction replacing the iPod touch in Apple’s product lineup.

This will not sit well with fans of the portable media player, although we do wonder if opinions will change with an iWatch being able to make direct WiFi calls without an iPhone being needed? We should also note that while there might be no new iPod touch in 2014, the current device won’t be discontinued any time soon and at the very least Apple will want to see how iWatch sales go first.