One person’s playtime with the new iPod touch 5G would be completely different to another gadget fan, and while we’d love to play with the new design just like we did with the iPhone 5, it seems that one popular repair website can only dream about performing an iPod touch 5G teardown. They have now pulled apart the new hardware and the results are in, but the internals are not making some fans happy.

The upset comes thanks to the iPod touch 5G memory found after iFixit pulled the device apart and explained how others can do the same, which is shown in this article in the normal step-by-step guide they’ve become known for. The 5th generation iPod touch contains just 512MB of RAM, which has surprised some people that claim the cost of moving this to 1GB would be extremely small and also could help greatly when it comes to mobile gaming.

Developers have often complained about the lack of memory in all types of hardware as they age, certainly seen with the PS3, and if Apple included double the 512MB of RAM, for a tiny cost, it could’ve increased the life of the iPod touch 5G by at least another year. Tests for the battery life haven’t been performed yet, but the device has certainly improved in terms of specs by moving to a 1030mAh battery from 930mAh seen in the previous generation. 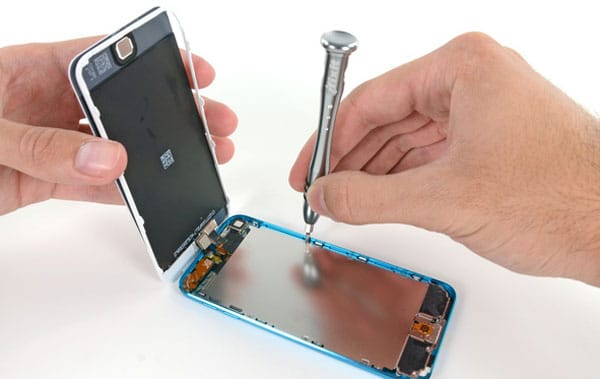 Do you feel the money you pay for an iPod touch 5G deserves better specs? When it comes to the slightly larger battery it might be that this is needed for the A5 processor, which then means no improvement in battery life that could’ve been accomplished if Apple had made a little less profit per unit. Saying that they’re a business like any other, and we guess profit margin has to come on top of the list of priorities. 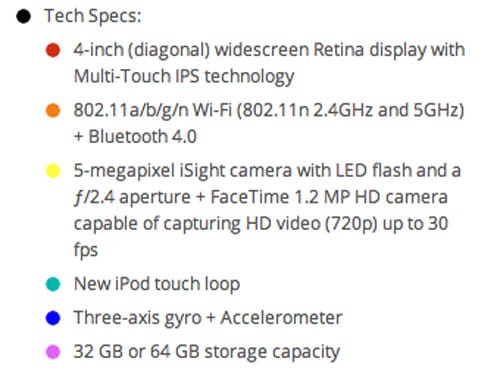 It is worth pointing out that iFixit score devices on how easy they are to fix, so seeing the score of just 3 out of 10 is not impressive, although most Apple fans let Apple deal with the repairing of their gadgets.

Are you happy with the expected iPod touch 5G battery life and memory revealed from the above teardown? There will likely be battery cases made for the iPod touch from brands such as Mophie, so at least any battery issue can be cured pretty easy. You can read about a few cases already arriving for the new iPod in our earlier article, although these don’t include any battery increasing options.