When taking a quick look at the new iPod touch 5th generation you can’t help but be impressed with the refresh that had been two years in the making, although a closer look from one blogger has revealed a missing feature that could impact the iPod touch 5G battery life and this won’t be known fully until users have been hands-on a little longer.

At the end of last week we took a look at two impressive iPod touch 5G reviews, one that spent some time looking at the main specs and another that put the new hardware through its paces. Both of these reviews had nothing extremely bad to say, and the iPod touch 5G price has pretty much met user expectations, so what is the problem that some people are starting to notice?

The iPod touch 5G removes one of our favorite features — one user that has taken some time with their review of the new iPod noticed something strange when looking for a feature that the old iPod touch had, which had been the ambient light sensor to help the device know how bright the screen should be for your current environment.

You can read their story in this article and what they first thought when discovering the iPod touch 5G had no ambient light sensor, which included looking at iOS 6 on an iPad and noticing that feature in the settings but on the 5th generation iPod touch it had been removed. You only need to go to “Sensors” and you’ll see no mention of this feature. 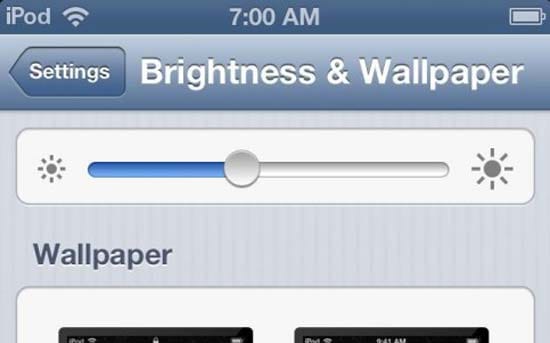 This news has been met with mixed reactions and some people can’t understand why Apple would remove a feature like this that’s common on their devices, although others never liked the light sensor or turned it off, so they’d not miss it anyway. Will you miss this feature on the iPod touch 5G?

If you are currently using the iPod touch 5G then we’d love to hear how your device is, have you experienced any problems? You can see a number of iPod touch 5G cases in an earlier article, although feel free to share your thoughts on the best type of case and colors for the new iPod in the comments.