Not for the first time, Apple has warned that there is a battery problem inside some models of the iPod Nano first generation which is why they are now trying to get you to trade it in.

We are willing to bet that there’s a large group of consumers who still have one, but are not aware that programs like this exist – or are aware that the battery can be prone to problems. 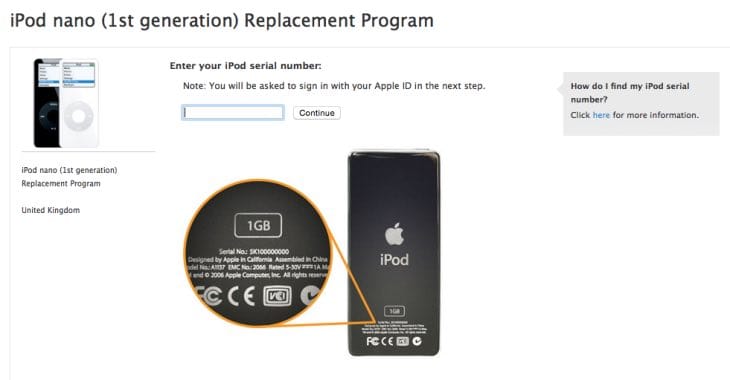 The affected iPod Nano 1st generation models were sold between September 2005 and December 2006 and could have a battery inside that may overheat abnormally.

If you have a model and want to get a free replacement, head to this link to get started where you can start to fill out a form to receive a free iPod Nano within 6 weeks.

Tell us in the comments section if this worked for you to give other readers a heads-up.