In the build-up to the Apple event last month some consumers were hoping to see a new iPod touch, along with the 8th generation iPod Nano. However, we pretty much knew that Apple would not update these two media devices because they now seem to be incorporating a two-year gap between updates.

This is not so much of an issue though because the iPod Nano 7th Generation is still more than up to the job, although with Christmas fast approaching, consumers will face the dilemma as to whether 6th generation would be a better choice because of being that much cheaper, although it will lack in terms of features.

To help you decide we have located an iPod Nano 16GB 7th Generation vs. 6G video review. The former is the 2012 model, whereas the latter was from 2010, which means we should expect the 8G in 2013. 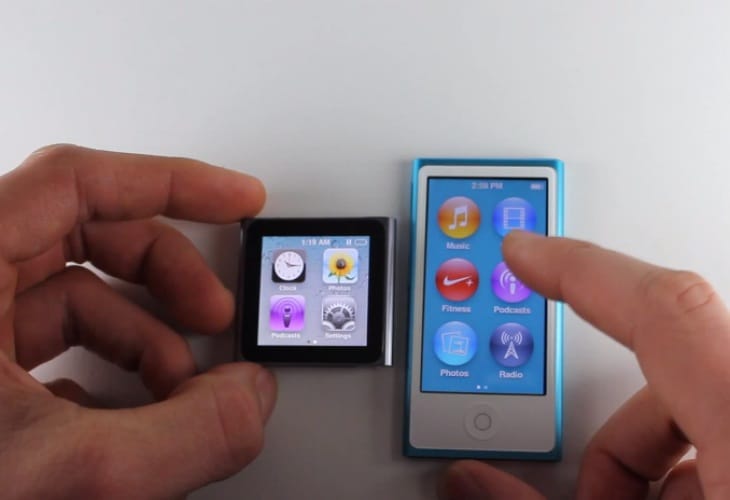 The biggest change between these two models is its design, as the 6G model was square in design, which made it an ideal device to use as a smartwatch, albeit with limited features. You can see what we mean in our recent iPod Nano 6G vs. Galaxy Gear comparison.

It is clear that the jury is still out as to which is the better design because while one can be clipped onto your belt or items of clothing, the other comes packed with more features and storage.

Watch the video below and let us know which model you intend to buy as a gift for someone this Christmas?