It seems that there is a new problem with the iPhone X, with users complaining about their iPhone X ‘crackling’ whenever the volume is turned up to the highest setting.

Initially we thought it was a minor issue affecting only a small number of devices, but over the last 24 hours we can see that this is escalating into a much bigger problem affecting many users.

You can see evidence of this below on social media which was captured over the course of a week: 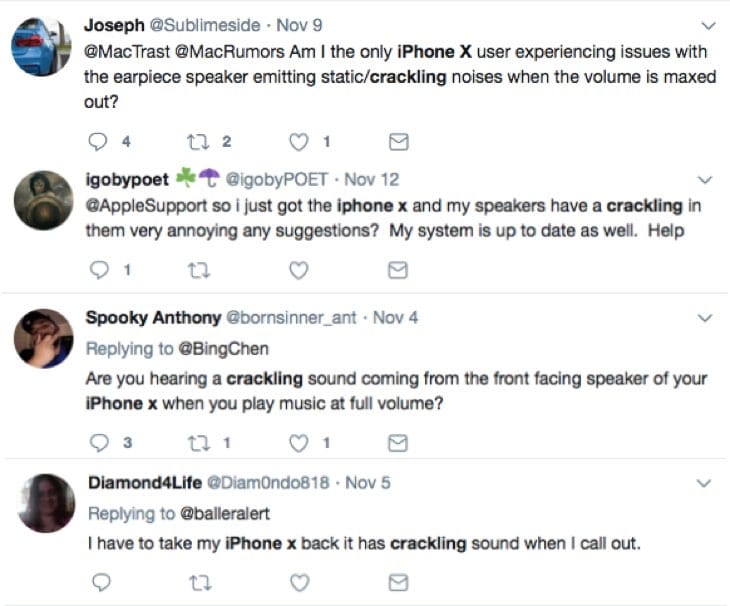 At first there was some confusion that the ‘tinny’ sound during phone calls was just a result of the caller on the other end, however users are now starting to suggest that that it may be their device which is having issues.

There is a related thread on Reddit too about the iPhone X crackling sound on the speakers, so while we wait for Apple to release an official statement on the matter, please tell us if this is something you have experienced.

If it confirmed to be a problem with the iPhone X, let hope that it can be fixed with a simple software update.