I cannot remember how long it has been since the last time that we heard any sort of rumor to do with the iPhone Nano; well we can tell you that it has raised its head once again. The notion of a small cheap Apple smartphone is a no brainer to some, as it could allow Apple to answer back from the Android onslaught.

The main issue with the iPhone 4 is its price, so Bloomberg’s report that the iPhone Nano could cost $200 is a shock. IntoMobile believes that the price could actually be a game changer. Most of you with a new high-end smartphone will know that this is the same price you pay for a handset that is on a contract; that’s after huge subsidies.

The thought of a smaller iPhone with a cheaper price tag is a much bigger deal that it was the last time that this was mentioned, as not only will they have AT&T but also Verizon shifting the units as well. Maybe it will be a dual-chip to support CDMA and GSM, as the iPhone five is rumored to do so. 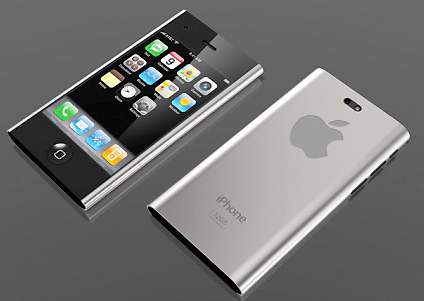 TechCrunch reports that the reason why Apple will be able to sell the iPhone Nano for much cheaper than the standard version is because they will use components that were used for older versions of the phone. However, this idea is flawed, as we know that the old components will not be able to work if they are to go dual-band.

So we know that this rumor does not want to go away, so how much chance do you think there is of seeing the iPhone Nano in 2011?