The thought of an iPhone Nano is not a new one, but there seems to be more chance of one this year than any other. The reason we say this is because we never actually thought that there would be a Verizon iPhone, but that has now become a reality. There have certainly been conflicting rumors, but we just don’t see it as the Unicorn that it once was.

I am sorry for the analogy, but it seemed fitting. Over the years the rumors of the smaller iPhone were made by questionable sources, but you cannot say that about Bloomberg, and other news organizations such as Wall Street Journal who has added their weight to the rumors as well. If that were not enough, some of the biggest blogs has also said that there is a good chance of the so-called iPhone Nano

Los Angeles Times acknowledges that some of these rumors differ, with some saying that the new device will be just half the size of the iPhone 4. We added to this by reporting that the handset could cost just $199, and you will not even have to sign a two-year contract, so will not be subsidized. However, TechCrunch believes that the new smaller iPhone will but just one-third the size as the current model. 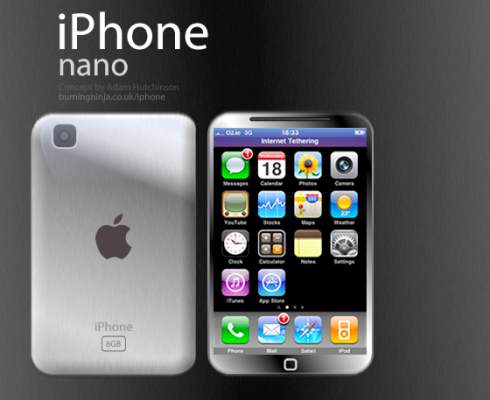 One of the most interesting rumors has to do with the storage of the device, well the lack of it. It seems that Cult of Mac has learned from a source that it will not have much in the way of storage capacity; instead relying on Cloud. This does sound like something that could happen, but Apple is not anyway near ready with their Cloud Storage System — we would have heard something by now. As well as the fact that it would really need to be a 4G iPhone Nano to fully take advantage of Cloud for accessing your content online.

So there you have it, a number of conflicting rumors, but we cannot help but think that Apple will launch the iPhone Nano this year — how else will they increase overall mobile OS market share?