We have some good news for all of you iPhone users that love Christmas, and more specifically, love following Santa on his journey from the North Pole to deliver presents. The service is provided by NORAD and it is now converting into an app.

It all started back on December 24th 1955, when a Sears’s department store put up an advert for kids to phone Santa Clause. They also had an ad in the Colorado Springs newspaper. Due to the advertisement being so popular and the rise in technology, the tracker has been updated significantly.

NORAD has coupled with Google Earth to allow you to track Santa, you can view this here. There’s a Facebook page, which is an up-to-date development, however the next steps have already been taken and there is now an official app developed by Talus Media LLC. 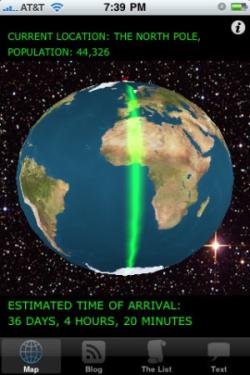 The app will cost you £0.59 or $0.99 and is described as having 6 apps in one. It has the North Pole Blog, Santa’s List, World Population and Educational Map, Santa Text and a Countdown Timer. If you are looking to enhance the Christmas experience for your entire family then this is one way to help.

Something pretty cool for parents is the added customization; parents can add children’s names so that they then appear in the ‘Santa’s List’ section amongst others on the app. 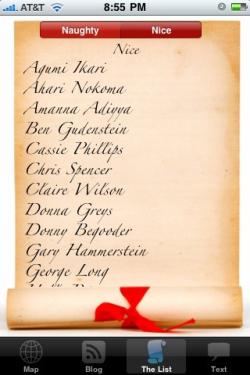 If you want to learn more about the app then head over to appshopper.com. On the iTunes app store you can preview the Santa Tracker 2010 and download it for your iPhone. Both sites are warning that this is a large application and that you will possibly have to restart your iPhone if there are any problems with trying to load the application.

Have you already been tracking Santa Clause using the app? Have you had any loading issues? Let us know in the comments below.