Many of you will have heard about a popular grossing app called Infinity Blade; it reached the top of the chart in a matter of days. Overnight the game has been toppled from the top grossing app listings by not 1 but 2 apps. 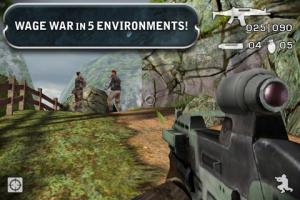 Today’s top grossing app is Football Manager 2011 at £6.99 from Sega, and interestingly Battlefield Bad Company 2 sitting in 2nd spot. The game has a debut release price of £0.59 or $0.99, which is very reasonable. Battlefield is also high up in the Top Paid chart currently sitting pretty in pole position.

Battlefield Bad Company 2 has a very low cut price being 90% cheaper that it would normally be, this makes it Electronic Arts’ biggest ever sale ever. If you want to see what all the fuss is about, head to the bottom of the article and view a gameplay video courtesy of ‘bytegadget’. 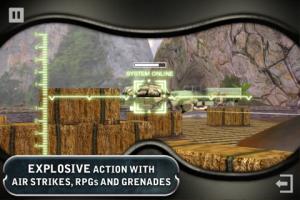 The game has 14 different weapons; you can take a ride in tanks, helicopters and other vehicles too. Battlefield has 3 different control setups; these are explained over at iTunes on the preview of the app. We have seen a few customer reviews from iTunes and it generally has pretty good feedback, Sam Darabi says “purchased because of its worth, its very cheap and clean, one of the most action FPS games ever.” 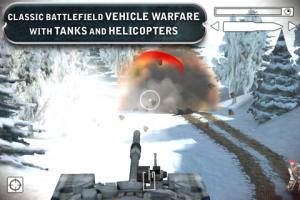 EA has a dedicated iPhone page here, they also have a Facebook page that you can view here, if you hit the “Like” button then you can keep up with updates for all of their mobile releases. If you want to download the app straight away then click here to be directed to iTunes. If on the other hand you want to learn a bit more about the game first, head over to appshopper.com by clicking here.

We are pretty impressed with the game; it has decent graphics and fairly addictive gameplay. What do you think of Battlefield Bad Company 2 on the iPhone? Let us know your thoughts in the comments below.