It looks like the iPhone alarm clock is coming under fire again, as we can confirm that the alarm clock on devices is again causing problems for users, this time due to the change over to the new year.

If you woke up this morning confused that your alarm didn’t go off, don’t be alarmed – it’s a confirmed bug in iOS, one which Apple has already acknowledged and they’ve also issued an official statement on the matter.

Here is what they had to say on the matter, as reported by Engadget:

”We’re aware of an issue related to non repeating alarms set for January 1 or 2. Customers can set recurring alarms for those dates and all alarms will work properly beginning January 3.”

They haven’t specifically stated the reason for the problem, but we’re guessing that it is related to the same problem that caused the alarm clock to fail during the switchover to DST.

The good news, is that the problem will automatically fix itself on January 3rd, but if you are looking for a temporary fix until then, you can just set a recurring alarm for your chosen time and it should work with no problems.

What are your thoughts on this new alarm clock problem? How did the error affect you? Did you miss something important because of it or not? 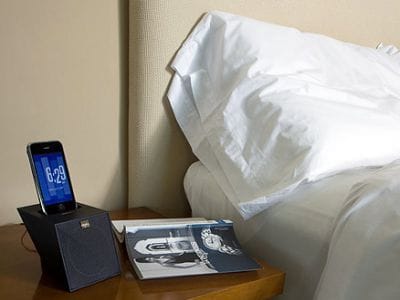