The naming for the next Apple phone could either be iPhone 6S, or 7, although the release date is almost assured to follow a fall pattern with similar pricing and enhanced specs. In this article, we keep the latest rumors and news updated along with allowing Product Reviews readers to debate what should happen in 2015. Those that skipped an upgrade at the end of 2014 might want to wait until fall this year, or at least look for the best 6/6 Plus deals in a few months when stores try to clear stock.

This article was updated on March 31, 2015 with photos of leaked parts showing what an iPhone 6C might look like next to the real iPhone 5C. This is only the back covers, but something certain Product Reviews readers might want for a lower price, smaller size, and upgraded features.

When is the iPhone 6S or 7 coming out? While dates can change if Apple want to change launch patterns, you can almost certainly count on September being the release date month for iPhone 6S. The S naming is also expected with a full redesign normally expected every 2 years, so in 2015 we are only at the first year of a new design. 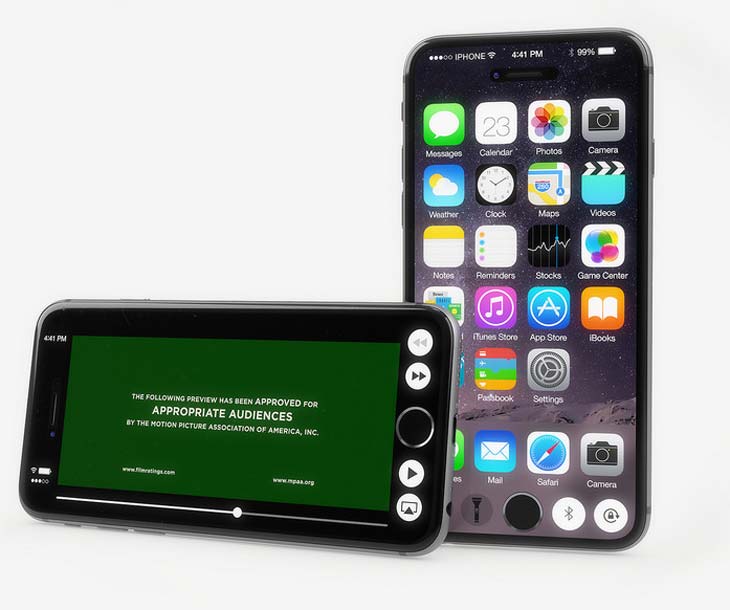 If you want to be 99 percent certain for the release date window, then just wait for WWDC 2015 to arrive and with no mention of iPhone at Apple’s keynote it’s the final confirmation of a fall launch once again. The 100 percent certainty comes once invitations arrive to press, which would normally happen at the end of August or start of September. 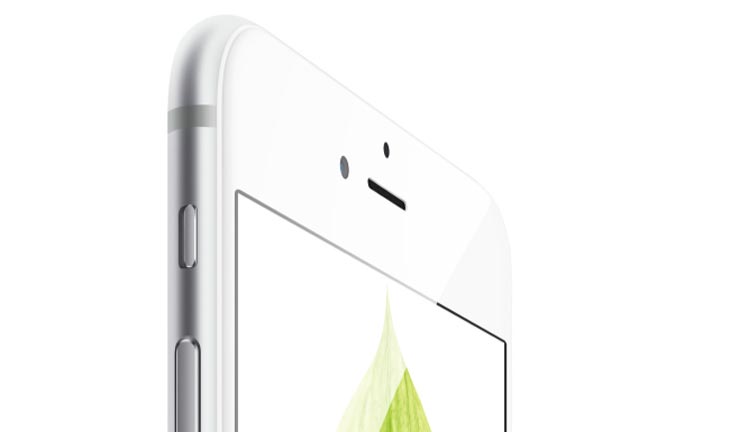 iPhone 6S, 7 specs and rumors – while the next model will likely be 6S over 7, you will still see a number of new features and rumors will continue to spread leading up to fall. Most rumors come from leaked parts, although those parts don’t normal leak until production starts around July each year.

Normally, we see enough of the same leaked parts from different sources to lead to a clear design for iPhone 6S or 7. Most people agree that Apple will stick with the same 4.7-inch display on the successor to iPhone 6, also it could be that the external design stays almost exactly the same on the iPhone 6S.

Some of the latest rumors point to a new Pink model joining Space Grey, Gold, and Silver. The good news is that this pink color won’t be extremely bright, so something more subtle like the rose gold versions of Apple Watch. 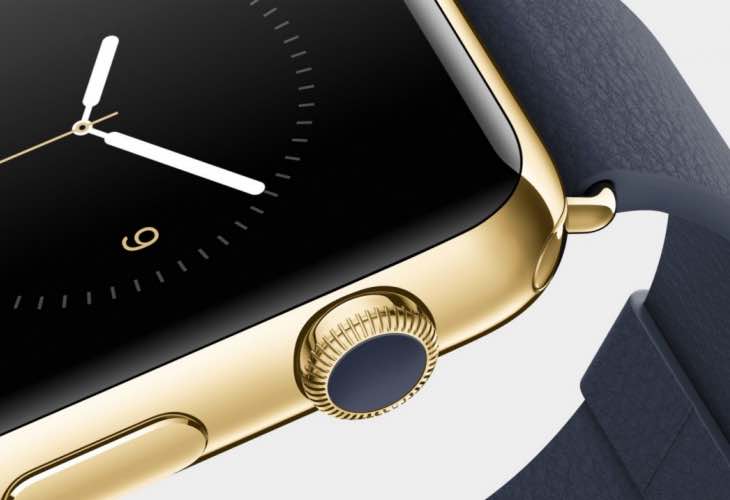 The concept in the photo at the top of this page comes from Martin Hajek and this reveals one possibility for the design at this stage. Hajek has updated concepts in the past when further evidence appears.

Some fans want to see the iPhone 6S display change with a design like Samsung’s Galaxy S6 Edge, which wraps around the edges. While this could well happen on a future Apple phone, personally we wouldn’t expect such a change until a major version like the iPhone 7 in 2016, unless Apple bring the design change forward.

Giving wait to the wrap-around display is an Apple patent talking about “sidewall displays”. This allowed for touch-sensitive areas on the side for system controls, caller ID, messaging readout, music player controls, and a new slide-to-unlock feature.

There’s rumors focusing on the display as well, which look at something called “Project Phire” from those that gave us durable Gorilla Glass. This technology from Corning could feature instead of Sapphire, thanks to the same durability and scratch resistance qualities.

It’s unclear if Liquidmetal will be used much more than just for the SIM-removal tool, so this is also something a few would like to see feature a lot more on iPhone 6S.

While the 6S is unlikely to change from an external design point of view, we could see a patent used that appeared in March 2015 for shielding electronics from moisture. This could add a level of waterproof protection without changing the external design.

We have seen companies offering this type of protection to cell phones for a while, although it was a service to take devices apart and spray components, so it would be great to see Apple do this during production. 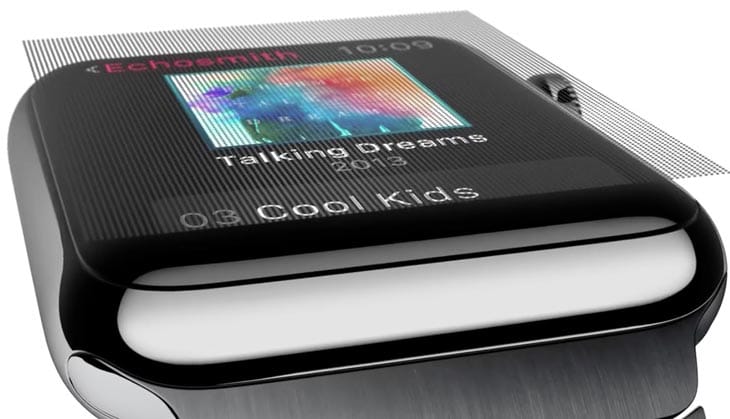 One change we could see arrive with the iPhone 6S is Force Touch technology, just as we saw with the Apple Watch, rumor has it this could feature on the iPhone 6S touchscreen and bring new gestures as well.

Another change expected is with the iPhone 6S camera, although it’s unclear if such a big change would be made this year or next. Rumor has it that the biggest jump yet is on the way, which should include a two-lens system for DSLR-quality images.

We would expect an A9 processor in the iPhone 6S to step up from the impressive 64-bit A8 processor. The finer specs of this chip are unclear at this time, but you can expect the M9 co-processor to also feature. We also hear that Samsung will be making the A9 chip, and is expected to supply about 75 percent of the iPhone 6S chips.

RAM could jump up finally, from 1GB seen in iPhone 6 to 2GB in the iPhone 6S. This would benefit iOS 9 in a number of ways, almost certainly that would include improved multitasking features.

Apple is interested in making a Touch ID sensor that can be embedded into the display, so this could make its way to a future iPhone, but such a change wouldn’t come before iPhone 7 if that model is still to be saved for major design changes. Apple patents also signal such a change to the Touch ID sensor.

More battery life is always something we can all benefit from and while battery tech is still lagging behind other improvements, we could see iPhone 6S bring a change to charging. The Apple Watch includes inductive charging, so some hope to see a form of wireless charging with iPhone 6S if Apple feel the time is right.

Jony Ive discussed the design of current products and talked briefly about battery life for future products in a March interview with the Financial Times. He gave strong hints that the only way to increase battery life in iPhone 6S or 7 would be by making the device either thicker, or larger, as we saw with increased battery in the iPhone 6 Plus. Until technology improves in this area it seems like this is the only option, but it’s something Apple won’t do and this was made clear when Ive said products become “cumbersome” and end up less “compelling”.

There still might be slight increases in battery life for iPhone 6S and 7, but any improvements will be tiny and not what the consumer ideally desires. 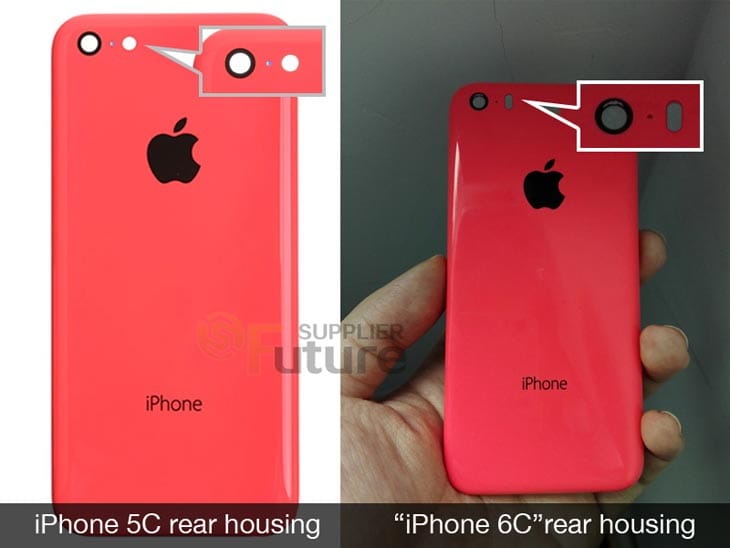 New iPhone 6C in 2015 – we could see the return of a cheaper model this year, as seen with these leaked parts for the iPhone 6C Vs 5C. The back cover reveals possible differences between the two models, which isn’t much, although this option would be perfect if you like a lower price more than premium design.

What would you like to see change with iPhone 6S or 7, leave your comments below? This article will be updated with concept designs, leaks, release date rumors and other information, as it arrives.