From the moment that Apple release a new iPhone, talk already moves on to its successor, and this was no different to the iPhone 6s and the upcoming iPhone 7. There are so many aspects that people have been discussing, although most of the focus has been on its overall design – albeit lack of changes – and the camera. However, there has not been a great deal of talk in regards to its battery, but we know this is a very sore subject with many lovers, as well as haters that seem to be against everything Apple.

We know that some of you will feel we are being a bit prejudice, but having owned iPhone and Android handsets in the past, their battery life are not too different on the grand scale of things – although we do admit that there are times when the iPhone does drain just that bit too quick in some circumstances.

iPhone 7 Vs 6s battery life – A new piece of iPhone 7 news, or more of a rumor really seeing as though nothing is ever known until Apple wants us to looks at the size of the upcoming models battery size. While we have seen in the past that the iPhone 7 battery would be slightly larger, there is now a new rumor suggesting that it could in fact be even larger than first thought. 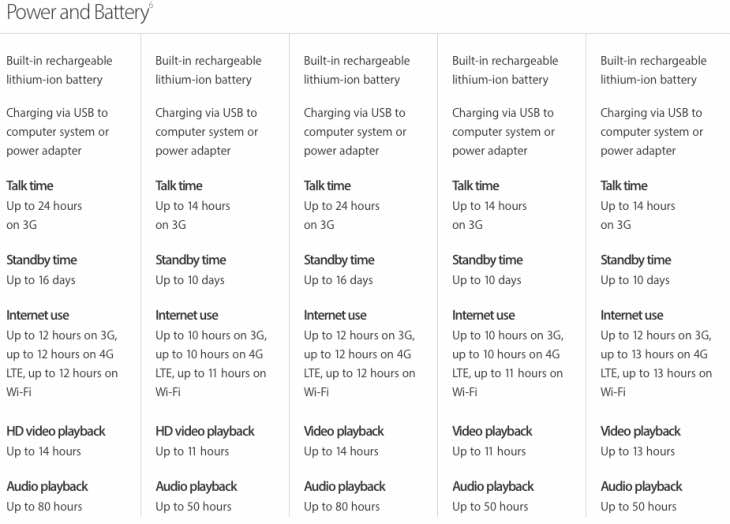 A recent leak on Twitter from OnLeaks suggests that the size of the iPhone 7 battery will be 1960mAh, which is compared to 1715mAh in the iPhone 6s. Now you might presume that this means the battery life for the former model will be that greater, although it might not be as clear cut as that. The reason we say this is because the iPhone 7 processor is likely to be faster, and so you would presume it to demand more from the battery.

Having said that, the new processor could also be a little more power-efficient, and therefore counter the need for extra power demand. If this is the case, then the need for the larger battery might be to make certain the iPhone 7 battery life is not less than that of the current model?

Who knows, maybe Apple is finally working on increasing the battery life on their iPhone devices, seeing as though it has not increased much over the past couple of years – unless you go for the Plus models that is?