There is so much indicesion going around at the moment, as people are uncertain about the next iPhone due to be revealed in September 2016. We know that there is this dilemma every year, but the uncertainty seems to be even greater this year.

So why the iPhone 7 procrastination? Well, there seems to be a growing number of people that seems to be more guided by its design rather than what’s hiding underneath. The thing is, when the current form factor is working, there is not a great deal a company can do in terms of improvements, albeit a few tweaks – and you only have to look at the car market to see what we are talking about.

Don’t get us wrong, it’s nice to have a new smartphone that looks very different to its predecessor, as you are constantly having to explain this to those that see you with a new handset and are uneducated in terms of technology. Ok, so we know that we might see a slightly different camera, and maybe the 3.5mm jack will go, but on the whole the form factor looks set to stay the same. 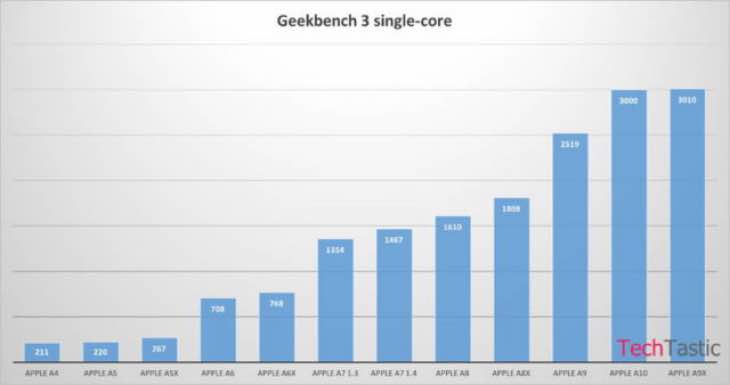 This is where the procrastinators come in, as they will have to decide if they do not mind the iPhone 7 looking very similar to that of the iPhone 6/6s, and think more towards the hardware changes.

Personally, we are not too worried about how it looks, as the thought of an even better camera appeals to us most. We know that Apple made some improvements with the iPhone 6s, but they still have some ground to make up when compared to a few rival handsets. We’re not too worried about the speakers, as it’s not very often that music is played through those speakers, as using the headphones or bluetooth speakers are a much better option for us.

There is some concern that the performance will not be a huge step up compared to the current model though, as a recent article has found what they believe is a graph that looks at the A9 chip compared to that of the upcoming A10. The new chip is said to come with the same dual-core, and is in fact a few points less than that of the A9X, which is a surprise.