While we know that one of the biggest issues with the iPhone 7 was the loss of the 3.5mm jack, there was something else that got some people angry, and that was the fact if they wanted the better camera with optical zoom, they would have to go for the iPhone 7 Plus model instead. The thing is, while some people would not mind spending a little extra to get the improved camera, they do not want to have such a large handset, as it’s just not viable for them. 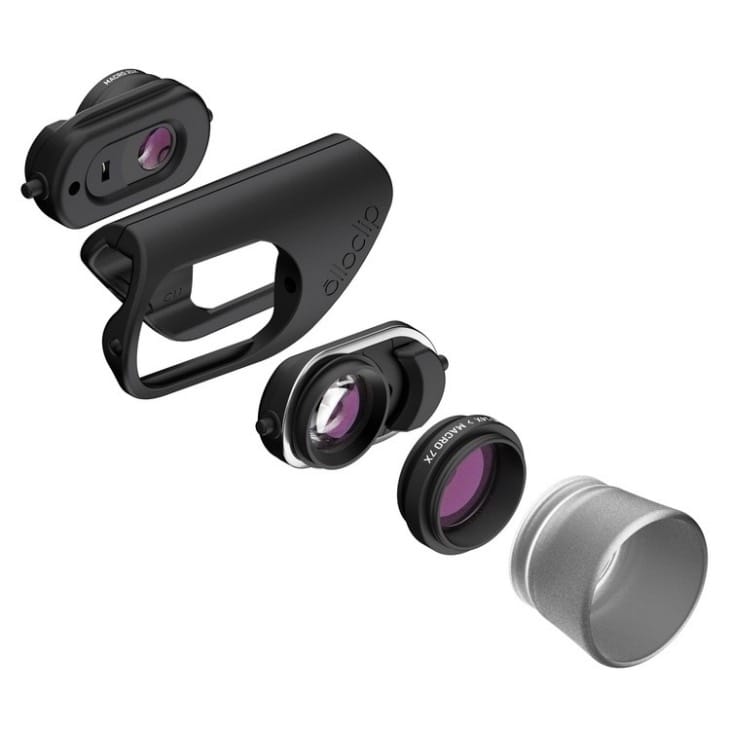 However, do not worry because there is a way to get the zoom capability on your smaller, iPhone 7 with a little help from Olloclip and its new Macro Pro Lens Set.

The telephoto lens on the iPhone 7 Plus camera only gives you 2x zoom, but the new trio of lenses from Olloclip gives you 7x,14x and 21x magnification, and so making this an ideal accessory for any owner of this handset that is in to photography, but do not want to get in to spending huge sums of money on a DSLR, or even to carry the extra equipment around.

Ok, so you do not get as much control with the zoom feature with these lenses as you would with a standalone camera, but you have to admit, it does open the iPhone 7 up to a great deal more when it comes to taking photos.

Full details on the three macro lens kit can be found on the Olloclip website, but we can tell you the price is £79.99, and shipping is due to start from mid-November.