Apple’s iPhone 6S Rose Gold model has shipped early for some, in fact around 5 days before the official delivery date for one Twitter user. You can see a few photos on this page that Adrienne has shared on her Twitter page, although there’s now 4K videos and plenty more photos being shared from her new Rose Gold iPhone 6S.

Ringo is the star of Adrienne’s latest iPhone 6S 4K video and the photos also include Ringo, as seen below. You can follow Adrienne at @MoonshineDesign on Twitter, and we are sure she will gain thousands more followers thanks to her account becoming famous after being one of the first in the world to receive a 2015 iPhone 6S 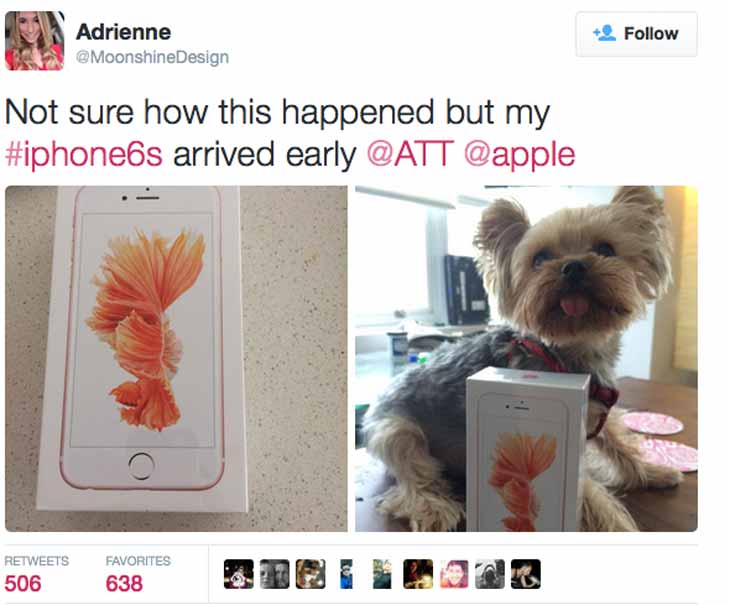 Have you received your iPhone 6S early and if so, what make and model is it? Most reports we received from Product Reviews readers detail a “preparing for shipment” message in their Apple Store account, of course due to millions of phones being sent out you can count on a few getting there very early. The Rose Gold iPhone 6S in question had been ordered from AT&T in the United States. 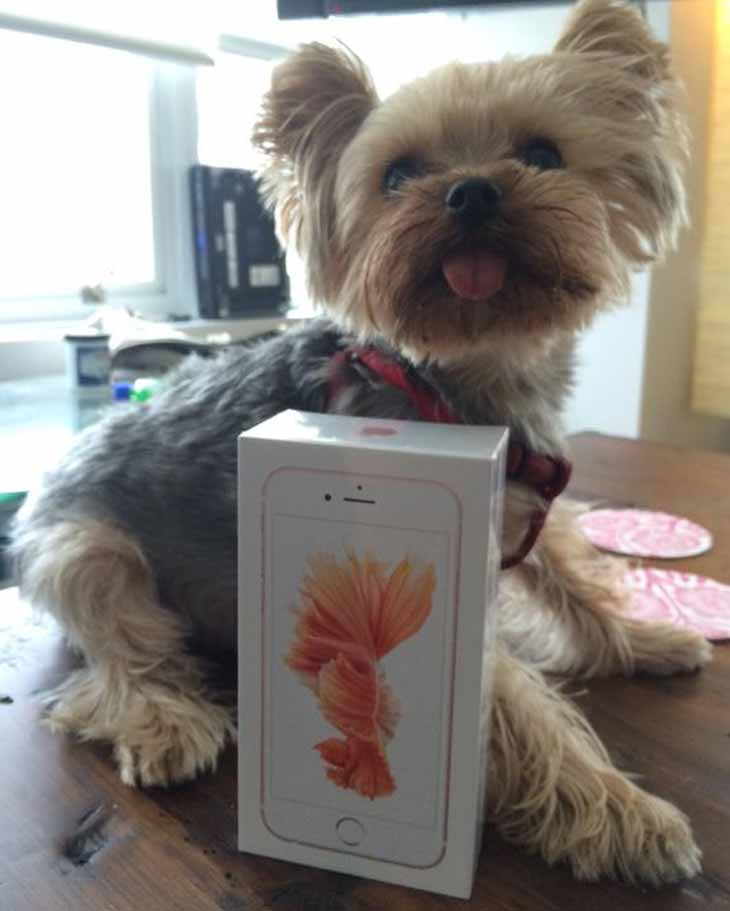 When is the iPhone 6S delivery date in UK and USA? The official arrival date is Friday September 25, 2015, for all the initial release countries.