It looks like the iPhone 6S rumor bandwagon is well and truly in motion right at the usual point at the end of Summer and heading towards the exciting Fall period.

Now, rumors are suggesting that Apple has now entered iPhone 6S production and thanks to previous iPhone release trends, it should mean that we can pinpoint a likely timeframe for when the iPhone 6S release date window should occur.

Whispers from Chinese message boards imply that production has already started and assuming that this is the case, we could see the iPhone 6S launched from September 18 at the earliest and September 25 at the latest for the countries included in the first rollout. 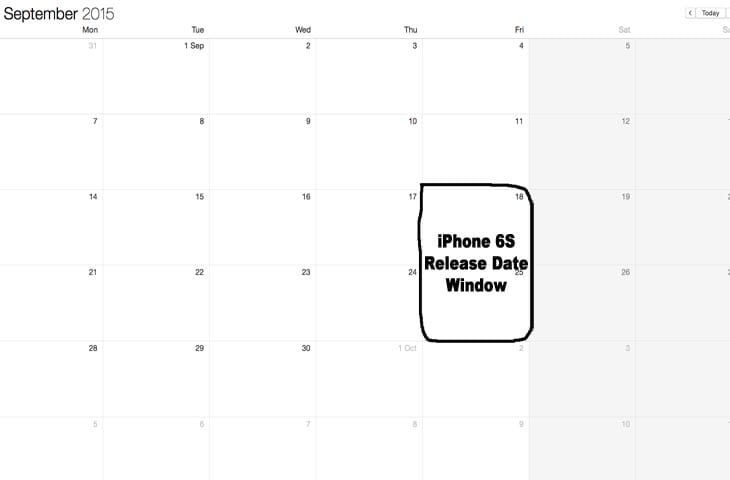 Another telltale sign that a new iPhone launch is upon us is Apple and mobile carriers in the US and UK locking out employee holidays throughout the month – when that happens it’s usually a good indication that a new product launch is coming.

We should start to see invites going out very soon for an early September 2015 iPhone 6S event at the start of the month, clearing the path for launch towards the end of the month.

The question is, are you ready to upgrade to the iPhone 6S which could be identical in design to the 6, or do you think it is too early?