When Apple revealed its new iPhone Lightning Dock the other day people started to believe that a mistake was made. Many people thought that the iPhone 6C was leaked on the Apple Store, and they were not meant to reveal it this early.

Another rumor also started to do the rounds suggesting that the new iPhone would be launched in August, although still released in September. However, both are not true. 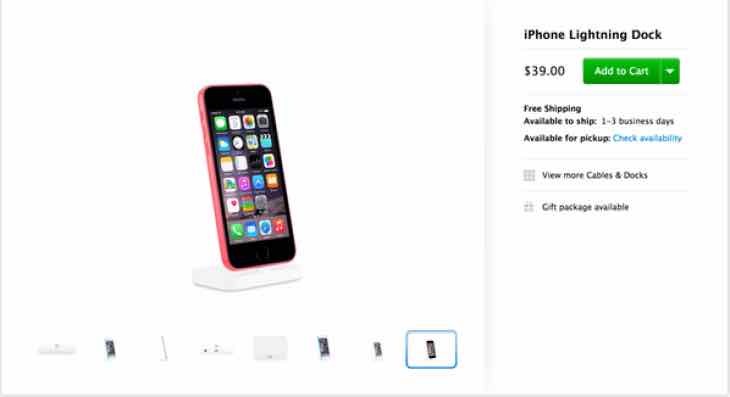 Don’t get too excited though because the image seen of the iPhone 6C on Apple Store has since been clarified, as it was an incorrect render. It might have looked like an updated 5C with a Touch ID fingerprint sensor, but it was just a mistake and does not reflect any future products.

9To5 Mac has learned from a number of sources that any suggestion of a future iPhone being lunched a month early is also nonsense, and so it is just people doing their usual and trying to get a jump on the news.

Apple has since been back onto its store and changed the image of the iPhone 5C sitting on the Lightning Dock, as the fingerprint sensor has now been removed.

Were you taken in by this image?