A couple of weeks back we looked at how the iPhone 6 compared to the Samsung Galaxy S5 and the HTC One M8, and while some of our readers shared thoughts on which handset they thought was best, one reader asked where was the LG G3 on that list. It is for this very reason why we now have two videos for you that compares the iPhone 6 camera to the LG G3, along with a speed test.

iPhone 6 vs LG G3 camera – The camera comparison between the iPhone 6 and the LG G3 runs for just over 4 minutes. On paper you would think that the G3 would come out on top because of some of its cool camera features this year, such as an optical image stabilization sensor, laser auto-focus and a 13-megapixel sensor. Apple’s latest smartphone has a rather low megapixel count in comparison, but is said to bring a consistent image. 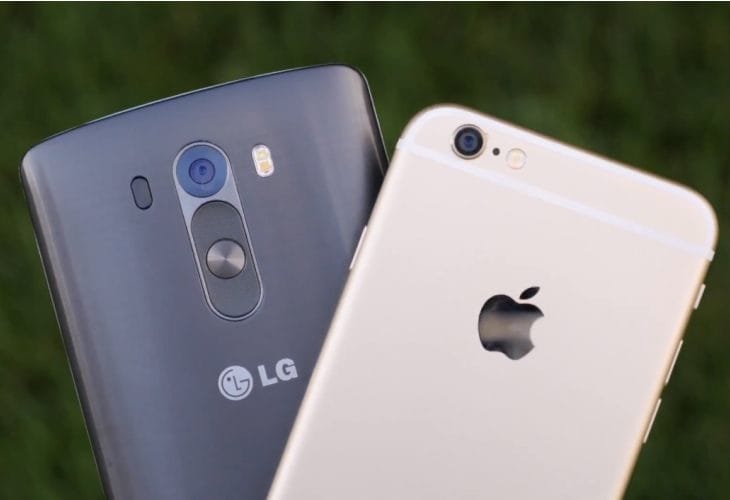 The video explains how you should not let the low megapixel count fool you, which you can see in various head-to-head shots. The iPhone 6 seems to have better exposure, although it is often hard to tell going off a video. Watch the first video and let us know which phone is better in terms of camera quality.

iPhone 6 vs LG G3 speed test – You would think it would be better to compare the G3 to the iPhone 6 Plus because of the same display size, but the overall size of the LG’s latest and greatest Android smartphone is almost the same size as the smaller iPhone 6 because of its superior design with its thinner bezels.

The boot-up test is first, as it allows you to see which device starts up first. The LG G3 wins that round, but how does it fair in terms of benchmark tests? That answer will come to you by watching the second video all the way through.

If you were not fussed about platform, which handset would you go for and why?