When Apple released its iPhone 5S it was clear sales were gong to be impressive, even though the Android faithful said otherwise. We know that Apple never made many changes, but we always knew it was going to be an S version, so not a major upgrade.

Sales of the iPhone 5S are still pretty healthy in Q1 of this year, but only because there were no big Android releases, until now that is. With the HTC One M8, which we will have a hands-on unit to review soon, is on sale now, and the Samsung Galaxy S5 up for pre-order ahead of its April 11th release, Android is enjoying’s its sales spurt once again.

It is always around this time of the year that the likes of HTC and Samsung release their new flagship handsets. This means that while the iPhone 5S has been the top seller, its dominance will soon come to an end.

Consumer interest in these two new phones are very high indeed and for good reason, as they have been updated in their hardware department to fall in line with current technology, something the iPhone is not. A recent survey and a very obvious one if you ask us, has been conducted, which reports that Android smartphones will gain a higher market share from June thanks to the likes of the HTC One M8 and the Samsung Galaxy S5. 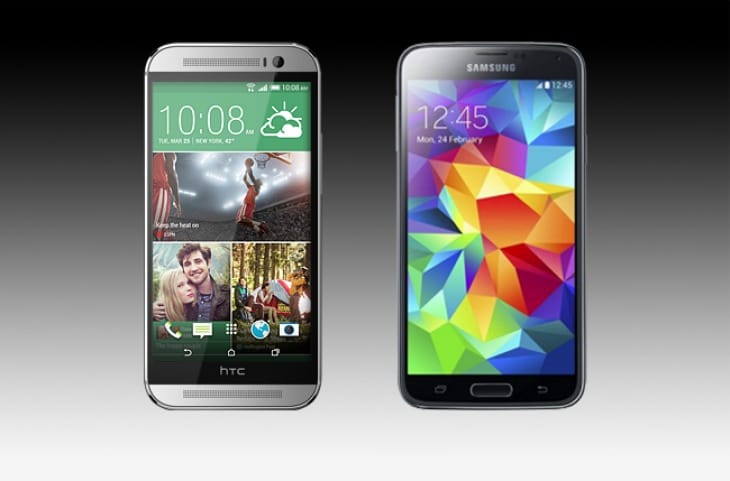 Android pendulum to swing back — Again, the survey has been a little obvious in saying that the third quarter will see things going Apple’s way once again. Apple could see an even bigger swing if rumors of the iPhone 6 being larger are true.

The iPhone 6 could certainly weaken the HTC One M8 and Samsung Galaxy S5 sales spurt if it does have a larger screen, as this has been needed for several years now. We know the iPhone 5 came with a larger screen, but only in height. A 4.7-inch iPhone would be very welcome, although there will be some faithful out there who will not like the thought of having to use two hands in order to operate certain functions of the iPhone 6 because it could be too large to fit in one hand, while using the thumb for texting. Having said that, 4.7 inches is considered the perfect balance because it is not too big or small.

We have stated that the swinging of this pendulum is an annual occurrence, but do you think it will be a bigger swing if Apple were to release a larger iPhone?