There’s a new Apple iPhone 6 retail box picture doing the rounds on Twitter and other social networks, which can be seen from the apparent source in a tweet below. Product Reviews can confirm what many fans already know after a closer look, and this is the fact that the iPhone 6 box photo is fake thanks to not featuring iOS 8.

You wouldn’t expect Apple to release a retail box for their iPhone 6 and not feature iOS 8 with the Health app, which we’ve been using through the beta builds. This is one of the biggest new features and will no doubt integrate with iWatch as well when that finally sees a release date.

It was surprising that so many blogs published these photos as almost fact, or stating that the iPhone 6 retail box signals a release date is close. It’s obvious the launch event is close, expected Sept 9, and of course a release date follows shortly after the media event, but thinking this is real without the Health app on the box display would not make sense. 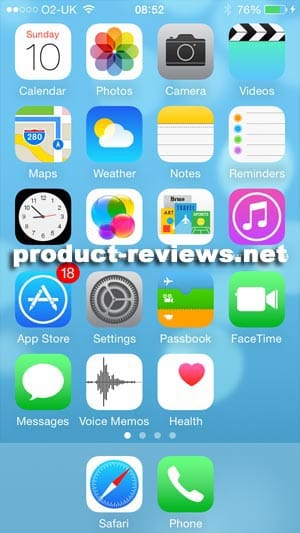 Did you notice the iPhone 6 retail box photo was fake? You can see the Health app within the iOS 8 beta 5 screenshot above that our developer took a couple of hours ago, and of course should be on any retail packaging.