We have already compared the iPhone 6 to the Galaxy S5 and the HTC One M8, so now we thought the next logical step was to focus on specs for the iPhone 6 Plus, Samsung Galaxy Note 4 and LG G3 thanks to these having roughly the same screen size. We have embedded a chart for you below that helps to explain the specs of these three handsets, although several others also appear.

The first category that we see on the chart is the price, which is often one of the deciding factors when choosing a new handset. believe it or not, there are still people out there who don’t mind switching from one platform to the other, as long as it is worth their while. 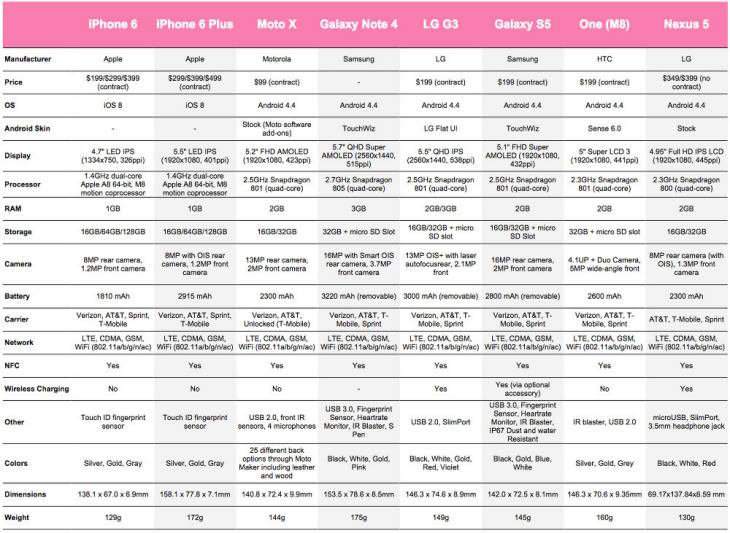 The difference with RAM is rather funny, as the iPhone 6 Plus comes with just 1GB of memory, whereas the Note 4 and G3 have 3GB each. Storage wise, there is 16GB, 64GB and 128GB compared to 32GB for the Note 4 and 16GB and 32GB for the LG G3, although the latter two have external storage as well.

All three make use of NFC and it is only the LG G3 that we know has wireless charging, although there is a possibility that the Note 4 can have this option via the use of a case.

These are just the main specs, but we ask you take a closer look at the image chart above, thanks to Droid Life.