It looks like someone has been imagining the iPhone 6 phablet design along the lines of Samsung’s Galaxy S6, which is thanks to a new concept that could very well be an Apple device without the clear Galaxy S6 writing. Today, we came across the smartphone concept created by HS Design and it certainly follows the styling of an iPhone 4, 4S, 5 and 5S.

You can see the renders on this page that some people feel could be a bigger version of the latest iPhone design, so if we were to imagine an iPhone 6 phablet then this could very well be it if the design didn’t change by much. One Product Reviews reader stated, “Love this new Galaxy S6 concept, but it could release as Apple’s iPhone 6 phablet if they took away the Galaxy S6 branding”.

We previously looked at a possible iPhone 6 release date, and it was clear that many blogs claiming a WWDC 2014 launch were not understanding signals would be there from the supply chain by the end of March. There has been no production news for the 2014 iPhone to date, so you can almost certainly count on a normal fall release for the 8th generation iPhone. 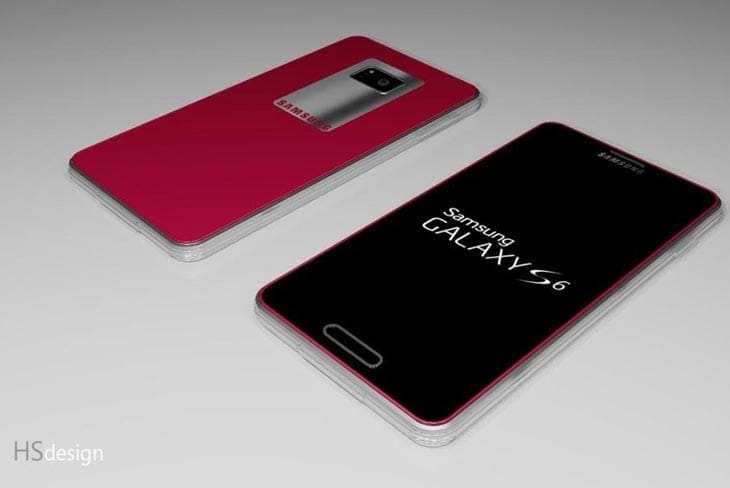 Do you think this Samsung Galaxy S6 concept looks like a bigger iPhone 5/5S? If so, would you like to see an iPhone 6 phablet designed similar to this concept, or do you want a more radical design change?

You can also see a recent iPhone 6 concept video below our previous article, which takes the “Air” naming to follow the approach with the iPad Air. Again, if you have any good names for the next-generation, then we’d love to hear them in the comments.

One clear difference between the iPhone 5S and this Galaxy S6 concept is the amount of plastic used. While we understand why Samsung uses plastic, personally, we would prefer to see Apple keep with the use of metal in their iPhone 6 / phablet design.

How many different ways can you design a smartphone? – this is another important question, especially considering Samsung has been attacked a lot for designing phones like the iPhone. We do expect differences of opinion from Product Reviews readers, but do you feel there’s now a limit on how unique you can make a phones design, or do you have ideas for an iPhone 6 or Galaxy S6 design that would be totally unique and an improvement over current hardware?

We’d love to hear your thoughts on the above concept and question, so leave a comment below and remember to keep connected to PR for any rumors, concepts, and news in the coming months. It is worth noting that we found the above design on Concept Phones.