It is amazing what a difference a few weeks makes to predict when the new iPhone 6, or 5S, will arrive. The release date window can be predicted by working out the minimum amount of time needed for production, which would be signaled by those tracking suppliers.

Today, we wanted to showcase a video that features a well-known analyst, Peter Misek, on a popular segment of Bloomberg TV. During the interview he explains the amount of time needed for production of a new iPhone and the fact that the company he works for tracks more than 400 suppliers to look for product launch signals.

You can see the interview in a video below this article, so take a look and let us know what you think about his predictions based on the signals they look for? 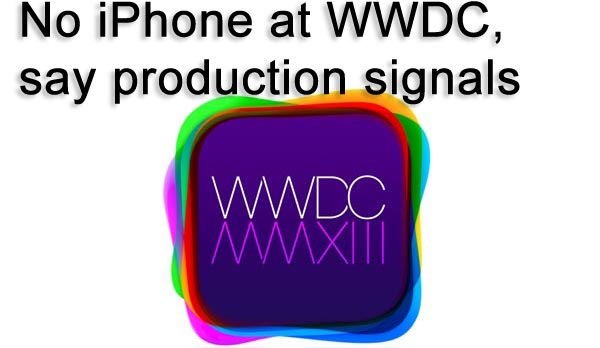 No New iPhone 6 or 5S at WWDC 2013 — June will see the next big event from Apple and with it we hoped to see a new iPhone, which looks increasingly unlikely considering production would have needed to be well underway. This fact casts doubt on previous rumors that suggested an iPhone 6/5S could see a release date in June.

The exact words used by Misek in the interview stated the new iPhone “Hasn’t gone into production yet” and is predicted to do so by late June, or July based on the suppliers they track. This would mean a release date around the same months as the iPhone 5 launch and is given further support by other recent iPhone 6/5S production rumors published in an article from last week.

It is worth noting that Apple is rumored to have a contract with Sharp and they’re going to start manufacturing LCD panels for the smartphones in June onwards, which should include parts for the next iPhone. This is still speculation but considering the amount of sources, it seems very likely that the so-called iPhone 6 or iPhone 5S will have a release date around September.

We also heard in the interview that an expected cheaper iPhone model should include a plastic screen and some lower specification parts, and stands a good chance of coming in multiple colors.

Popularity of BlackBerry – On a side note it is worth pointing out that Misek said he still has confidence in BlackBerry 10, which is helped by the fact that both Android and BlackBerry 10 “share a common kernel”.