It does’t seem that long ago when we started to talk about the release of the iPhone 6 with a larger screen, but that was last year, and it was all-to obvious that Apple was going ahead with the 5S. However, we know with a great deal of certainty that the iPhone 6 will be released later this year, and will come with a much-anticipated 4.7-inch screen.

Tim Cook had said earlier last year that Apple would not bring a larger iPhone to market until they were ready, which means all app developers were ready for the transition for the extra display real estate. The current iPhone has a Retina display resolution of 640 x 960, but a 4.7-inch version is expected to come with a 1334 x 750 resolution, which would mean a huge difference to app apps look.

Apple and app developers faced the same dilemma a few years back when the iPhone 5 display was increased, but all they had to do back then was double the pixels, which means that exciting apps essentially just had to be changed to run in letterbox mode. 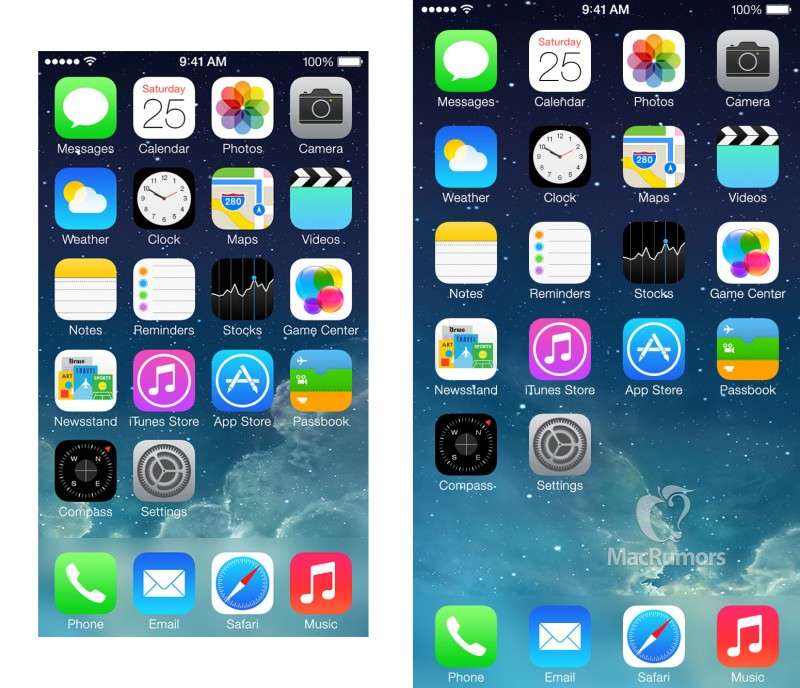 The way in which this was done was with a system called AutoLayout, and if Apple were to allow for the same thing with the next screen increase, the app icons would still be the same size, but offer more space on the screen. This would also mean an extra row of icons, just like on the iPhone 5 compared to the 4S.

Mac Rumors has come up with a mockup of what the iPhone 6 home screen would look like, and you can see the space for an extra row of icons. You can also notice that the space between each icon has increased, which is good news for those of you with slightly fatter fingers.

It is clear to see that the change app developers would have to make is a very simply one, although we’d like to know if you have a different take on this?