Today’s 2014 WWDC keynote was not what we expected, as we had assumed that there would be a greater focus on Mac OS X 10.10, which we now know to be called Yosemite, and less focus on iOS 8. However, Apple offered detailed information on both platforms, dedicating around 2 hours for both, around an hour or so for each, give or take.

However, it is iOS 8 that we would like to focus on right now because it is clear that some of its features makes us desire the release of the iPhone 6 even more after today.

Most of the iOS 8 features will work very well on most iPhones, iPod touches and iPads, but it is clear to see that the iPhone 6 will feel more at home with some of them, one of which is the custom keyboard with extensions, as well as predictive texts (QuickType) and the ability to predict what the answer to that text will be. 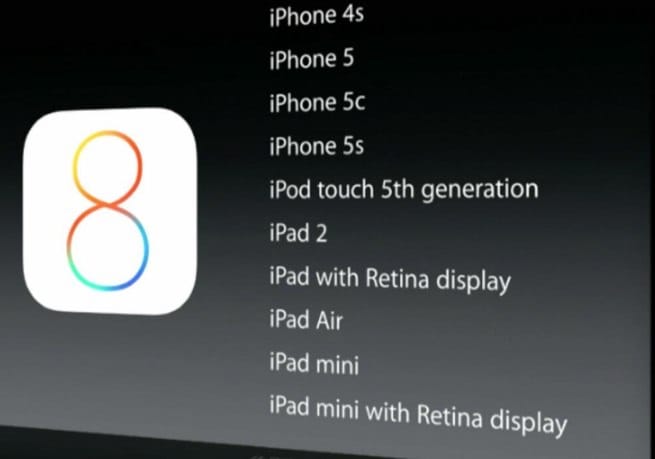 Okay, so we know these features will work fine with the iPhone 4, 4S, 5 and 5S, but the rumored larger screen of the iPhone 6 will give you more room to enjoy the new keyboard features.

The new interactive notifications also works with most iOS devices, but again will feel so much better on a smartphone with a larger screen, which is another reason why the iPhone 6 desire has intensified dramatically after iOS 8 had its debut at WWDC earlier today. Watch the entire WWDC 2014 keynote.

Have the new features coming to iOS 8 made you desire the iPhone 6 even more?