You may have heard the disturbing reports concerning the iPhone 6 bending problem, and so we thought we would treat you to some Google Plus funny pictures following the iPhone 6 bend test. It seems that some of these reports are making the issue sound worse than they actually are, although we can understand the concern.

Watching the iPhone 6 Plus bend test video we were alarmed at just how much the smartphone bent, but it is not as though your phone will be subjected to such force. Ok, so we know that people keep phones in their pockets, but most people adjust the phone so that it feels comfortable. Some people still keep there phone in back pockets, and this is just asking for trouble. 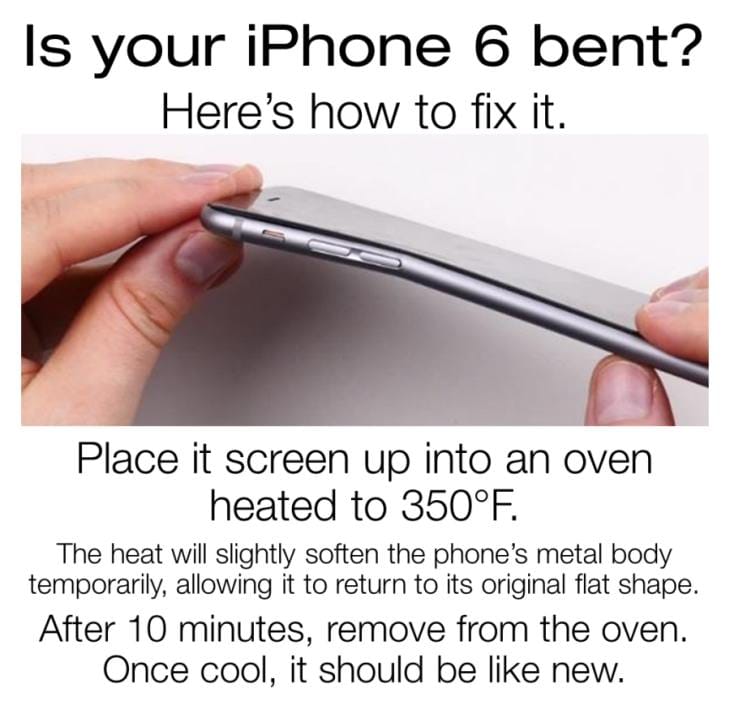 We have already seen a few polls asking for people to vote if they should be alarmed by the iPhone bending, and most owners said they were not worried. However, we doubt for one moment the people who came up with these funny images on Google Plus own an iPhone, we suspect they have an Android handset.

The first image above explains the process to help repair your iPhone 6 after it has been bent, and for those who do not get a joke, please do not try the so-called solution at home. 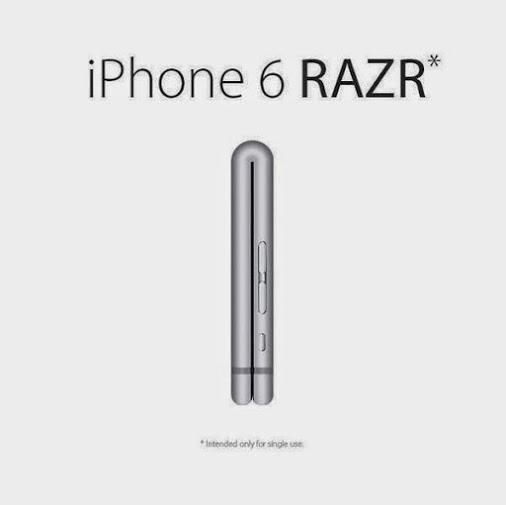 As for the second image, this makes the iPhone 6 out to be a RAZR handset, and that it is intended for just one use. The third image may not be as funny as the other two, but it’s still pretty clever how people come up with such stuff.

Can you see the funny side of this, or are you truly worried about your iPhone bending?