It’s now been a week since Apple developers first got their hands on the new iOS 8, and a few days since Nexus 5 and Galaxy S5 owners have got to enjoy Android 4.4.3 KitKat. It never took people long to see how the two latest versions of the platform compares on certain devices, with the iPhone 5S showing us just what iOS 8 has to offer.

Before you make a judgment on either mobile OS, it is worth noting that iOS 8 is only on its first beta, and there will be several more beta versions before the iOS 8 pubic release date, which is expected to be in September.

The first video is how the iPhone 5S with iOS 8 compares to the Nexus 5 running Android 4.4.3 KitKat. The first test is to see how the voice features work, and it does seem that Siri still seems a little behind because it still requires you to physically touch the handset for certain Siri functions, which does seem a bit pointless.

As the video gets into other parts of the software review, it is apparent that iOS 8 has various glitches, such as the quick launch not working correctly, as well as the camera, which you can see in the first video below. 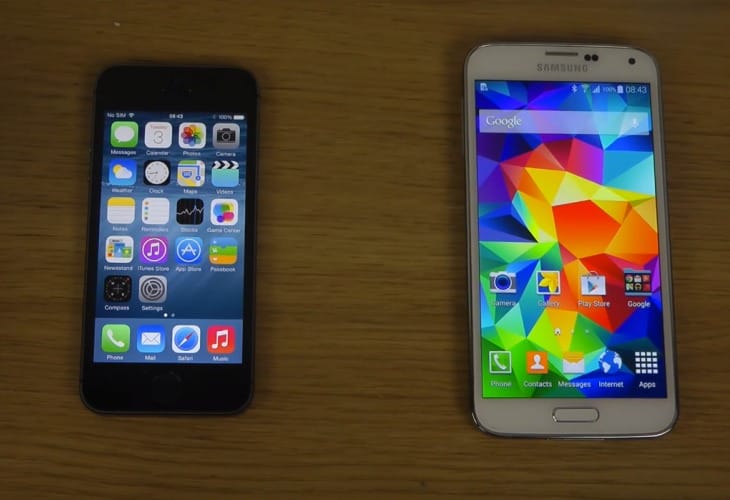 The second video is an iPhone 5S iOS 8 vs. Samsung Galaxy S5 with Android 4.4.3 KitKat comparison and like before sees how the two updates compare. It is clear that both have pros and cons, but the reviewer really should have prepared what he wanted to include in the review, as it is like he is doing it on the fly.

Again, iOS 8 is running a little slow and stutters a little, but as new beta versions are released, then we will get to see how well the features work.