If you have been thinking about the iPhone 5S release date being in time for the annual upgrade, it seems like one analyst is trying to ruin your day with some Apple iPhone 5S news that pegs the launch just a few weeks later than expected.

Even if the analysts comments turn out to be true then it won’t be a big problem for the majority of upgraders, especially considering they claim production issues will delay the iPhone 5S release date by just a couple of weeks.

The exact quote by Glen Yeung, a Citigroup analyst, can be seen in the image below. In a nutshell, you’ll notice that there is a claim of production cuts for this year that could result in a slightly later than expected launch. We could still see an event in early September for a new iPhone 5S, but Apple might set the pre-orders and shipping dates a couple of weeks later than last year. 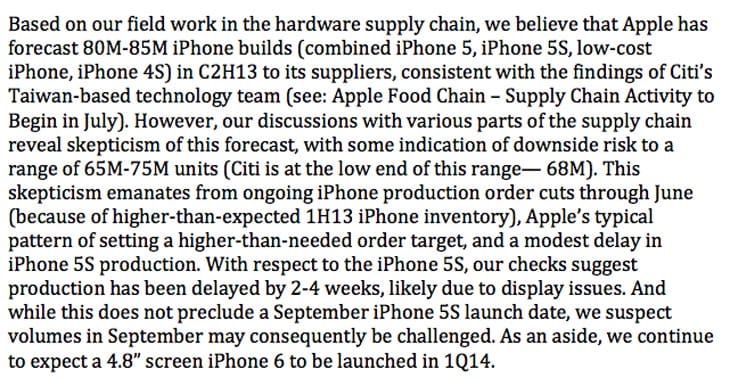 You should head over to this article for more insight and another quote looking at one important feature being missing from the iPad mini 2 launch. Out of all the features wanted by consumers, it seems like the Retina display is something iPad mini users would love to see as an upgrade, but this very feature is the thing that might be missing according to the same analyst.

Would you be disappointed to see the iPhone 5S release date in the UK / USA setback by 2-4 weeks? In our opinion, the disappointment in a launch delayed by under a month will depend on the new iPhone 5S features and specs, which would only add to any disappointing news, so we hope Apple bring a lot more than the minor update everyone is talking about. 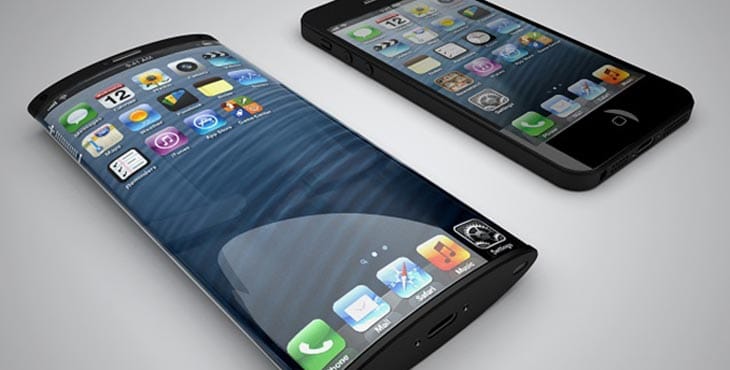 On a positive note, we hear that the production problems for iPhone 5S focus on the display, so this might make some people think a bigger design change is coming after all. Imagine if we saw a flexible display that wrapped around the new iPhone after all, would you want that on this years model?