When the number of so-called iPhone 5 leaks continue to show the same design what does this mean? When we’ve seen rumors do this with previous generations it has led to a design that matched the consensus, although there would be mockups made out to be the official product, but only have the aim of deceiving the consumer by creaking a rumor that tallies up with specs that most people are talking about.

The same thing could be said about an iPhone 5 worker that has recently leaked a metal block, which ended up on a new and little known technology blog. This metal block can be seen in the image above and is apparently used during the manufacturing of the Apple iPhone 5, or also known as 6th generation. The problem with this leak is that without any independent verification it is just another rumor, which follows the specs everyone is talking about, although those of our readers that have followed Apple news for as long as us know Apple rarely comment on rumor.

One Chinese worker could have passed some photos of this to the blog, but then at the same time couldn’t we make a metal block just like this and post photos online, which would become our exclusive story? This is a great way to create buzz, although we’re not stating this has happened, but rather the possibility. When the new iPhone 5 arrives later this year we will know exactly what we’re getting, and if it doesn’t follow the longer design then this photo could be passed off as a sample that never made it to final production, or someone’s idea of creating a fake mockup.

The image below shows a rendering and concept design for what the iPhone 5 could be, and this is certainly not the official product, but many analysts believe it resembles what consumers are likely to get when they lineup at Apple Stores towards the end of 2012. 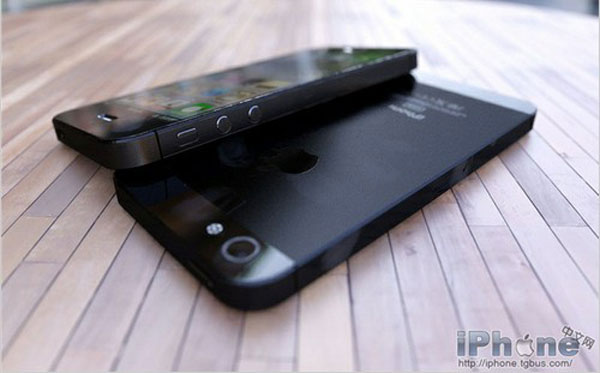 Concerns from users that want change — having owned all 5 generations of iPhone and having had the same design for a while now, it is time for change. The iPhone 5 needs to bring that change, but if the design doesn’t change enough then some people will get bored and might find a new Android design that gives them something fresher. The problem here is Android, at least from my perspective, and some people have invested a lot of money in iOS apps, iTunes movies, and a lot more. Moving to Android could be very costly, so let’s hope that Apple bring something really special this year.

Would you still buy the iPhone 5 even if the design only slightly changed?