With speculation going into overdrive regarding two unannounced Apple products, we thought we would ask you which device you are mostly after – the fifth generation iPhone smartphone, or the iPad 2 which could be released next month.

A few months ago, both the iPhone 5 and iPad 2 were generally perceived as rumors which may or may not materialize, but it now looks likely that a successor to the iPad will be available in March, and the iPhone 5 will be out before the end of the Summer.

It’s not something that’s an easy decision either, as the iPad has grown to be one of the most popular household items to have. Then of course there is the Android factor, as maybe some of you will prefer to stay on Android and just pick up the iPad 2 instead.

If you need help getting excited about the iPhone 5, you may want to revisit an article we wrote last year, which showed you a concept design for the iPhone 5, along with some pretty ambitious specs. As for the iPad 2, as long as it has a camera and a dual-core processor, we think everyone will be satisfied and it will fly off the shelves. 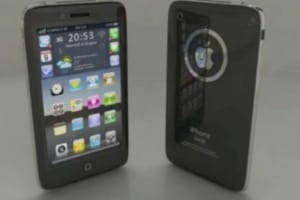 What device do you want more? Vote in our poll below and let us know what you’ll be getting later this year. We’ve also included a video with some excellent iPhone 5 concept designs.