We recently informed you a while ago that the Samsung Nexus Prime or Galaxy Prime as it’s also known may be coming with some sort of metal enclosure, and now we have information which claims that the upcoming iPhone 5 may have a metal design as well.

Chris Whitmore, an analyst with Deutsche Bank Securities has claimed that the iPhone 5 will undergo a drastic design overhaul as compared to the iPhone 4, and we may be seeing a device with a ‘unibody’ aluminium case, according to a report over at BGR.

Obviously, this is just a rumor at this point, but it isn’t the first time that we’ve heard that the iPhone 5 will have a design overhaul. Recent render pictures provided by BGR reveal a possible idea for the aluminium iPhone, a sample of which can be seen below – don’t forget it’s just one possible scenario. 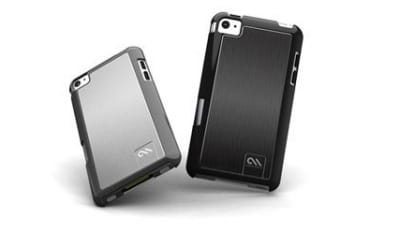 As you can see, it is significantly different to the iPhone 4 and the idea of Apple opting for a metal design will obviously make their new iPhone a lot more durable and less prone to scratches and other damage whenever a user drops his or her phone. On the negative side, a metal design may take away some of the overall ‘sexiness’ that the iPhone 4 had, so we’re hoping that Apple finds the balance and if it’s true that the iPhone 5 will feature aluminium casing, we would want it to turn out a little better than the image provided above.

On a side note, the analyst also reveals that plans are still set in stone for a second new iPhone to release – the iPhone 4S. This device is thought to be a low-end iPhone 4 option, giving consumers the chance to pick up an iPhone at an affordable price and more importantly, without being tied down to a lengthy contract.

What are your thoughts on a possible aluminium design for the iPhone 5? Would you be happy if the device ended up looking anything like the render above?