It was around one month ago we first heard about an Apple event that would showcase the iPhone 5 in September, and this news had been followed with rumors of multiple new products appearing at the same event and seeing a release date within days of their unveiling. These included the iPad mini and a new iPod touch, but when we take a step back and think about the size of the new iPhone 5, the more this seems unlikely to happen.

The iPhone 5 is too big to share a stage — you only need to look at Apple’s turnover for the last quarter, which reached $46.33 billion and more than doubled Microsoft’s. It is well known that Apple’s biggest product is the iPhone and with a 6th generation phone on the way why would this device share the stage with another? It wouldn’t be too far from reality to think that the iPhone is worth more than all of Microsoft’s business combined, especially when you take into account the revenue from apps as well.

If the new iPhone 5 did share some limelight then it would likely be iOS 6, although you would see the new operating system available for download before the new hardware, which is thanks to lessons Apple learned in the past when they released both iOS and a new iPhone on the same day.

We’re also starting to see general agreement between well-known bloggers in regard to the iPhone 5 event, and a number of other technology websites agree that Apple would more than likely reserve the September 12 date for just a new iPhone and iOS 6. The well-known John Gruber has highlighted this very subject in a recent article, and he doubts some trusted sources that claim the upcoming event would include more products than just the new iPhone 5. 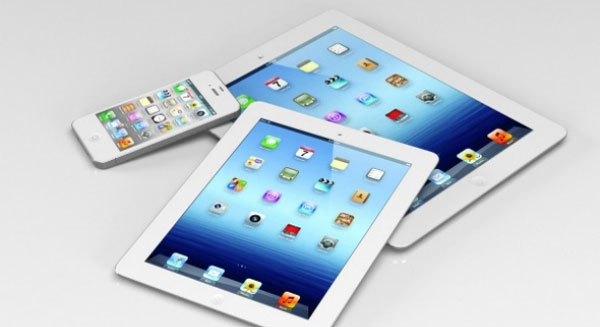 The iPad Mini event for October — Gruber believes that a smaller iPad would deserve its own stage without being overshadowed by an iPhone, which could share the stage at a special iTunes event featuring the lighter iPad mini and new iPods. You can read about the similarities of an iPod touch 5G and Apple’s phone in this article, which touches on the possibility of these devices becoming one in the future.