The iPhone 5 rumor mill has been doing overtime recently, with many different types of handsets mentioned. While other manufacturers are busy showing the world their new handsets at the MWC 2011, Apple normally hold a special event towards the start of June.

The latest rumored specs of any new iPhone are saying the device will have a larger screen. According to an article over at T3.com, sources who claim they are close to the manufacturing process reckon a 4-inch display is a possibility. As usual these sort of rumors can be taken with a large pinch of salt, as it is just speculation.

But Apple may want a bigger screen on its flagship device to take on the larger Android devices which are being released. This could also mean the chances of Apple making a smaller device reduce, when you consider the amount of reprogramming which would need to be done for all those apps. 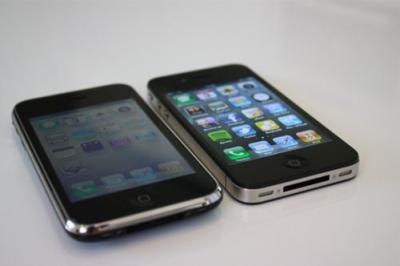 Cnet are looking at the chances of Apple making a smaller iPhone, and talk of the company’s record of downsizing devices. It was done with the original iPod when it was scaled down to give us the iPod Mini, before then giving us the Nano in 2005.

Not only was the size of the device reduced so was the price, but doing this with a phone and still making it desirable for people to buy is another thing.

It is no doubt we will hear a lot of different rumors over the coming months, and will have to wait until someone finds a prototype in a bar or Apple themselves announce something official.

Do you think Apple will make a bigger iPhone?