You will find a lot of Android owners explaining why the Samsung Galaxy S3 is better than Apple’s phone, although the iPhone 5 is expected to put Samsung’s flagship phone in its place over the next year. In terms of sales the iPhone 5 is predicted to shift over 250m units in total, and this is compared to 50m for the Galaxy S3, which only confirms that no single smartphone can compete with the iPhone.

The secret iPhone 5 release date — Apple’s success lies in the hype their products build before launch, which is partly due to the secretive way Apple do business. Silence about every detail of the iPhone 5 is key to Apple’s marketing with 2012 being no different, and the fall launch should create a platform that results in around 100 million more iPhones selling than the 4S model (sold more than 150m).

Asymco is a company that tracks the numbers when it comes to a range of data, and their latest report has taken a look at the expected numbers for iPhone 5, although they’ve also taken a look at the total sales for each generation of iPhone to date. You can see these figures in the image below that displays cumulative sales for the generations and the iPhone 5 prediction in comparison. 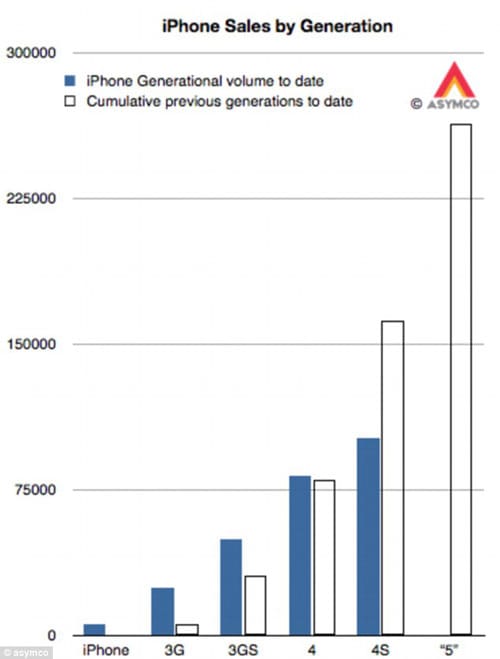 Why can no other phone reach anywhere near the total number of iPhone sales each generation? The Samsung Galaxy S3 is one of the best Android phones to date, and this device is expected to be 200 million sales short of the iPhone 5, so this will leave some of our readers wondering why no brand can come anywhere near Apple on a phone vs. phone basis.

It is fair to say that the choice of Samsung smartphones only dilutes the sales of each device, and if Samsung had one phone then that device would sell a lot more. You can see an image below that is widely expected to be the design of the 6th generation iPhone, which should be a little bit longer but no wider although some people would prefer a lot more width as well. It looks like the final iPhone 5 design will not stop the eventual sales that will set a new record. 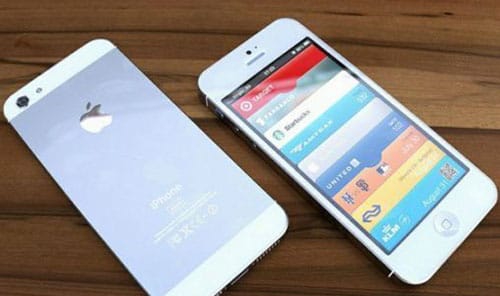 Are you going to be one of the first to pick-up an iPhone 5, or would you prefer an Android smartphone instead? Why do you think each iPhone sells a lot more than any other phone? While we love the iPhone after owning 5 generations it seems pretty obvious to us that Samsung are aiming for a range of options rather than focusing their sales total on one design, although Apple’s focus on one design is preferred by millions of fans and the sales forecast shows this.