The as yet to be released iPhone 5 has been getting the lions share of media attention for a fair few months now, and we have seen in the past that this will not die down even after release. The reason for this is simple, as it is expected to follow the trend of its predecessors and become the biggest selling handset. Over the past few weeks and months there have been many iPhone leaked photos and videos, but most of them will end up being nonsense.

Firstly let’s look at a few of these leaked photos, the first is from Next iPhone News, which you can see below. This will have a 3.7-inch screen and not the 4-inch display that has been rumored many times before. You will see from the shot that the design is very similar to the current MacBook Air. This could not be as far-fetched as it sounds, due to recent rumors suggesting that the iPhone 5 will not be a minor update after all. 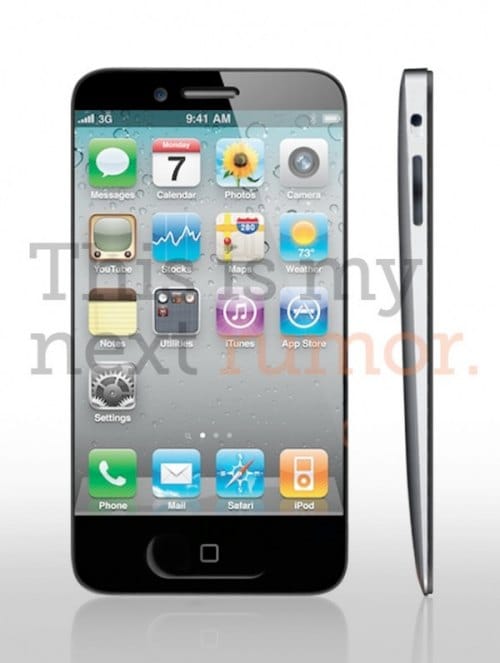 However, we cannot get it out of our head that Apple will not offer a major iPhone update this year, and will stick with the current design — well with the exception of a few tweaks here and there. Guilherme Schasiepen is known for his concepts, and we cannot help but believe in some of his concepts. They are not over the top, which could mean that we could see this sort of design in the next iPhone after all. 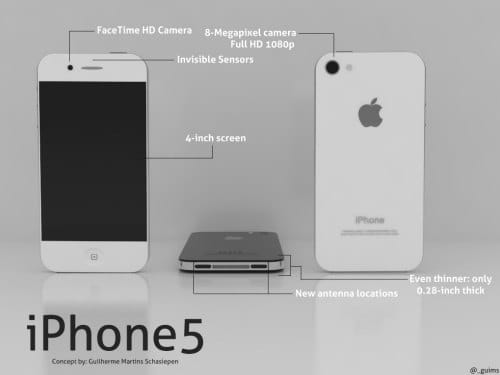 There have also been a few videos that have been looking into leaked details of the iPhone 5; again we cannot say how much truth is in these, only Apple will be able to tell us this.

Now onto the videos, finding ones with leaked details is tough, but there are plenty that analyze all the rumors that we have been hearing over the months. The first that we have embedded for you below is the best, as it is a roundup of all what we know so far — well what was known up until April that is.

However, in this second video T3 has offered an update to what they featured back in April. This video looks at the release date, design, features, software and what models will be available. We all know that Apple needs to penetrate the mid-range smartphone market, so two models is a must for 2011.

So there you have it, two photos and two videos, but how long will it be before we know if these leaks turn into reality?