Are you ready for one more Apple secret before the company’s highly anticipated iPhone 5 event on September 12? We’re a little disappointed that the company hasn’t managed to keep a foothold on all of these component leaks and now it looks like the redesigned iPhone 5 headphones have been leaked as well.

The good news though is that the new look headphones look fantastic. Although obviously not official yet, a video showing the new design have turned up in Vietnam, courtesy of Apple leak specialists Tinhte, who you probably are already familiar with since they’ve leaked numerous Apple products in the past prior to release.

Presuming this is the real deal, consumers are in for a brand new design with their iPhone 5 headphones solution. Gone are the large speaker grills seen on the iPhone 4 and 4S and they’ve been replaced by a tiny insert for the speaker grills and a much wider use of plastic almost covering the entire unit. 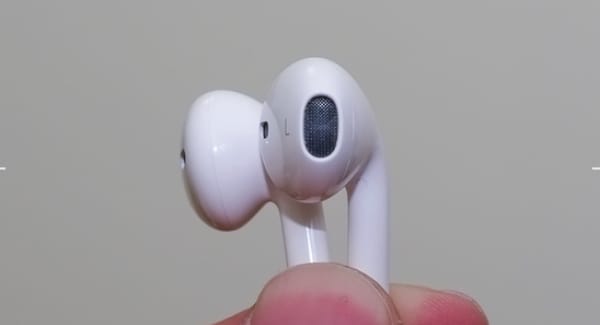 The sides of the new look earphones also include a separate feature, which could contain new technology that powers the headphones, or it could even be the compartment which houses the microphone – as a two in one system. The design contains markings synonymous with Apple’s trademark style, so we’d be very surprised if these didn’t turn out to be Apple’s official iPhone 5 headphones.

A further picture supplied by Tinhte also reveals that the majority of the new headphones are being manufactured in Vietnam this time around, not China as was the case with the iPhone 4 and 4S. Apple obviously won’t be happy with yet another secret spilling out before their event, but it does provide consumers with further excitement in the fact that the iPhone 5 is seen as a true upgrade compared to the iPhone 4S, which just came with updated hardware specs.

The important question – do you like the new headphone design? These ones look a lot more comfortable to wear than the current ones and we’re guessing this was a key factor in Apple’s thought process. Let’s hope they come free out of the box.