It’s that time of year again when speculation and alleged leaks surround the next iPhone, before Apple actually give us anything official. Today some new images have surfaced which could confirm the iPhone 5 will have a bigger screen.

9 to 5 Mac are reporting that an image has appeared on a Chinese reseller of Apple parts website. The part in question looks like it could be the digitizer panel from the 5th generation of the iPhone. It looks similar to the one which is currently found on the iPhone 4, but the screen cutout seems bigger.

We have spoken before about rumors that the next iPhone could have a larger screen, and this latest information matches up with reports from Apple’s production lines. The digitizer also seems to have a thinner bezel all the way round; this matches reports before that the next iPhone will have an edge to edge display. 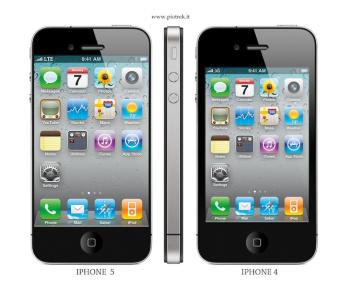 At the moment this is only speculation, and we will have to wait until Apple officially shows us what the next iPhone will look like. This will probably be in June at the annual WWDC event, before then we will have to rely on tit bits that seem to be slowly fed to us as the weeks go by. But an iPhone which is the same physical size but with a bigger screen, would be a good thing.

Would you like to see a bigger screen on the iPhone 5?