With all of the component leaks for the iPhone 5 arriving at such a frequent rate before release, it’s clear that most consumers have a good idea of what features they can expect to see when Apple finally announces the device to the world on September 12.

A bigger display in the region of 4-inches vertically is now a certainty to happen, while there’s also a strong possibility that we will also see the debut of a quad-core processor at last to compete with the collection of ‘international’ Android devices that have already been running quad-core chips for a good period of time.

Thanks to the release of the third-generation iPad, we can also look forward to using the next generation of iPhone with faster data support thanks to the inevitable 4G LTE chip that consumers have waited a long time to see. The debate on camera quality is still up in the air, but there’s one other ‘expected’ feature as well that could be ruled out when the device releases. 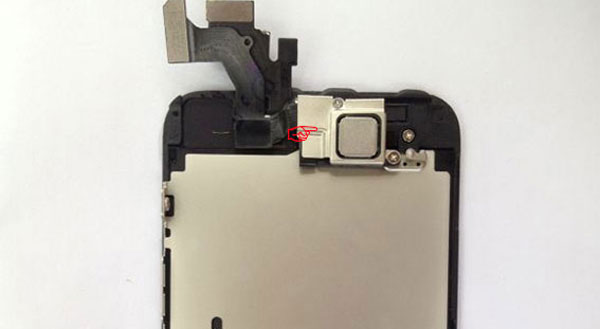 There has been a lot of speculation and rumored ‘confirmations’ that the iPhone 5 is going to be equipped with a Near Field Communication or NFC chip. This would allow the iPhone 5 to complete mobile payments with the single swipe of your handset and it is becoming a very popular hobby with consumers who are already familiar with the trend on Android handsets like the Galaxy Nexus and Samsung Galaxy S3.

The following leaked front assembly image you see above seems to point towards an NFC chip being included at the top of the iPhone 5, but this detailed analysis found over at AnAndTech contradicts this completely, as they have provided reasons why an NFC chip won’t be included on the iPhone 5.

They believe that the positioning on the NFC chip should always belong in the center of the device to provide the most optimal results. Having an NFC chip at the extreme top of the device as suggested in the image is an indication that it isn’t going to be included and is also against Apple’s traditional methods of perfection when it comes to component placing.

A lot of consumers will just be happy with a faster processor, bigger screen, 4G LTE and improved battery life, but how important does an NFC chip factor in your decision to purchase the iPhone 5? Do you see it as essential, or not really needed as you haven’t bought into the whole idea of mobile payments yet?