We have yet another new iPhone 5 component leak to share with you and like the countless others that have followed before it, we get a final look at the taller redesigned iPhone days before Apple’s expected unveil on September 12.

Unlike other component leaks which showed off various aspects of the device in separate parts, some new images we have to show you appear to show the iPhone 5 which has been taken directly from the assembly line. A new image from a Photobucket album has shown what the front side of the device is going to look like, not only the taller display which you’ve probably seen hundreds of times, but also the attached home screen button as well.

We have previously told you that the new iPhone is going to feature a new front facing camera with a location now situated in the center of the device, rather than than the iPhone 4 and 4S models in which the front sensor is located on the left side of the speaker grill. A new image gives you a close up look at the new position for the front camera, but more importantly it may confirm Apple’s plans to have LED flash on the front camera as well as on the rear camera. 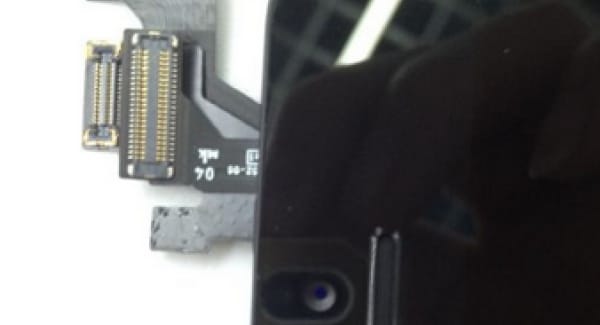 As expected, there are no major changes to the home button, but it looks like there will be less distance between the home button gap between the edge of the device and the bottom half of the display screen. Unfortunately, there isn’t an assembly showing the back of the device, but you should all know what this looks like by now – a three layer design featuring metal materials in the middle and plastic materials on both ends.

We are just days away from Apple’s keynote event and it looks like they don’t have any secrets left to show. Are you satisfied with the way the iPhone 5 design has taken shape, ie. keeping the width the same in favor of increasing height instead?