The signs towards the Samsung Galaxy S3 Jelly Bean update launching are growing on a daily basis, and today we are hearing that the Android 4.1 update could rollout for Galaxy S3 within the next 7 days, which creates a really interesting possibility considering what else is happening in the same timeframe. The best day for Samsung to release Galaxy S3 Jelly Bean would be on the same day Apple reveal the iPhone 5, which would at least take some shine off the event.

It is fair to say that most Apple fans won’t want an Android device, and if they’ve owned a number of iPhones then these users could be committed after all the money spent on iOS apps and other services. There are of course a massive number of people considering iPhone 5 and comparing it to the biggest Android smartphones, which includes Samsung’s Galaxy S3 and Note 2, so it’s these people that could have some focus redirected to the Android 4.1 Jelly Bean update rather the new iPhone 5 event.

Problems with Samsung Galaxy S3 battery and Jelly Bean — it is easy to see that there are mixed reactions to the news of battery issues with Galaxy S3, and this article shows a number of users having issues while others couldn’t be more happy with the juice offered with the Galaxy S3. The fact is there are a massive number of users wanting better battery, and the Jelly Bean leaks show that improvements have been made with the Samsung Galaxy S3 once this new software is installed. 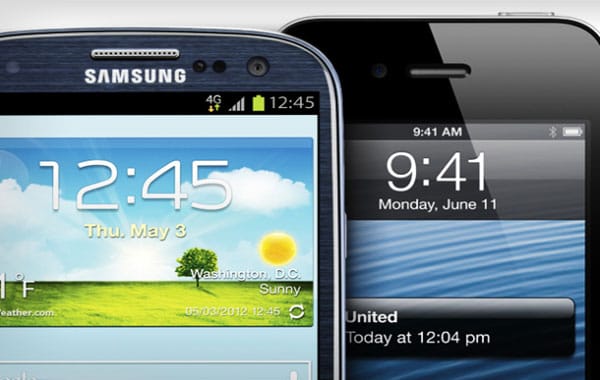 If you own a Galaxy S3 and could be considering a new iPhone 5 thanks to issues you have with the Android handset, our advice is to wait until you’ve tested Jelly Bean first. This line of thought couldn’t feel crazier for those users that find the Galaxy S3 the best smartphone they’ve ever owned.

Do you think Samsung will release the Galaxy S3 Jelly Bean update on the same day Apple reveal the iPhone 5? If the new Android software comes to Samsung’s flagship phone within the next 7 days, like most technology blogs believe, then what better day to do it than on the same day the iPhone 5 is revealed. While we’re not sure what that could do to Apple, it has to be the best day within the next week for Samsung. Let us know your thoughts in the comments.