AL 13 sounds like a character from a Star Wars movie, but it is in fact the latest iPhone 5 case offered by designed by m, and I have had the pleasure of reviewing this bumper over the last couple of weeks. Born from a Kickstarter project, this original case was an instant hit and surpassed the initial $20 000 target by over 400%! 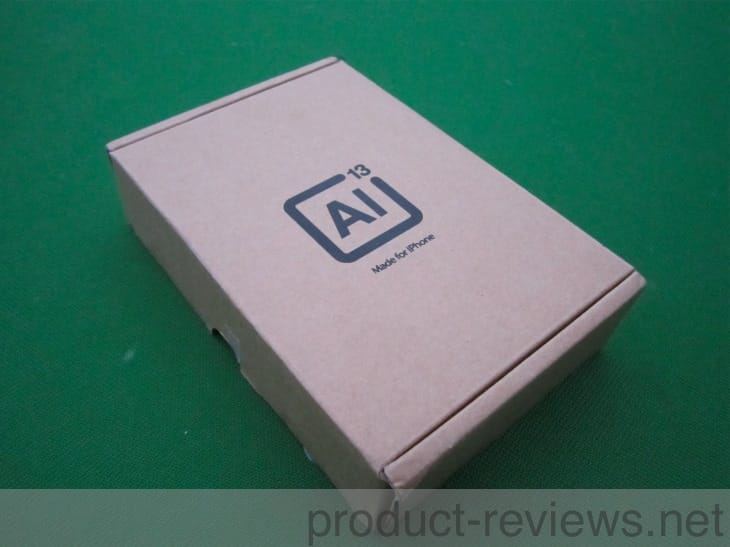 A lot can be said about the way a product is packaged and about how much thought and care has been put into it. It would have been very easy for the manufacturers to pop the AL 13 into a cardboard sleeve or a plastic box but instead they opted for something that reflected the precision that has been crafted into the case itself. 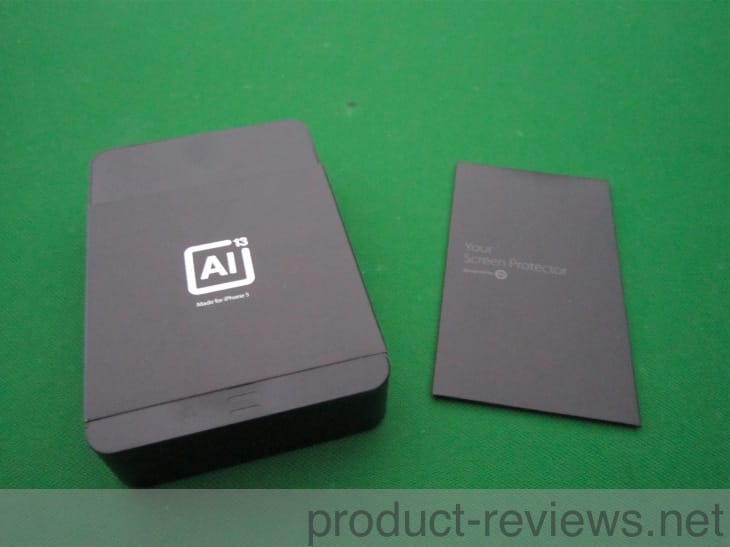 The AL 13 arrives in a secure and robust metal box that incorporates a sliding lid, which is in keeping with the bumper you will find carefully mounted inside. When so much effort and work has been put into the packaging you know the manufacturer really cares about their product and can only hope for good things inside. 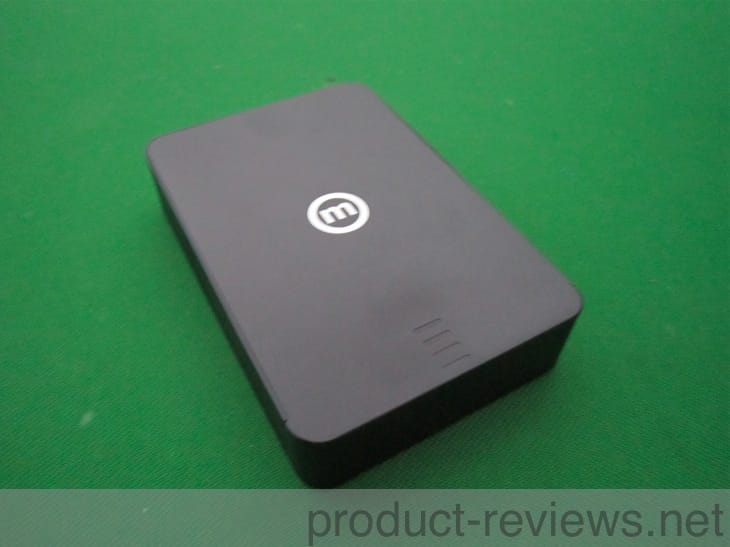 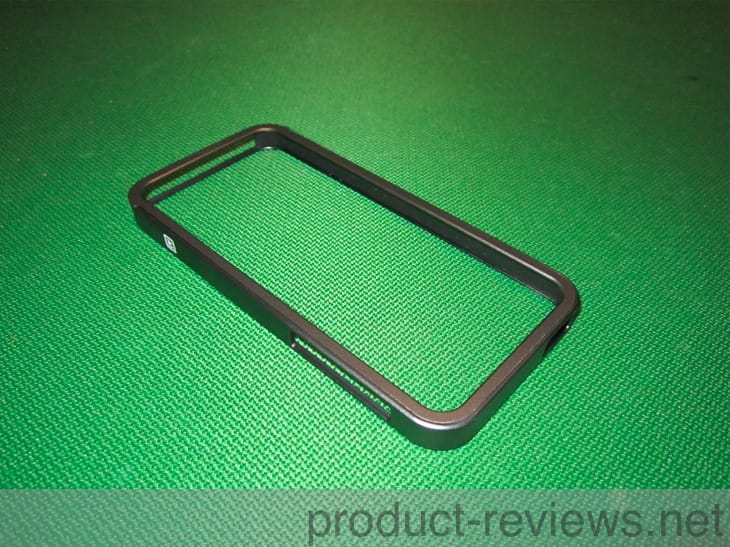 When fitted it is extremely minimalist and hardly noticeable both in terms of size and weight and also in looks. 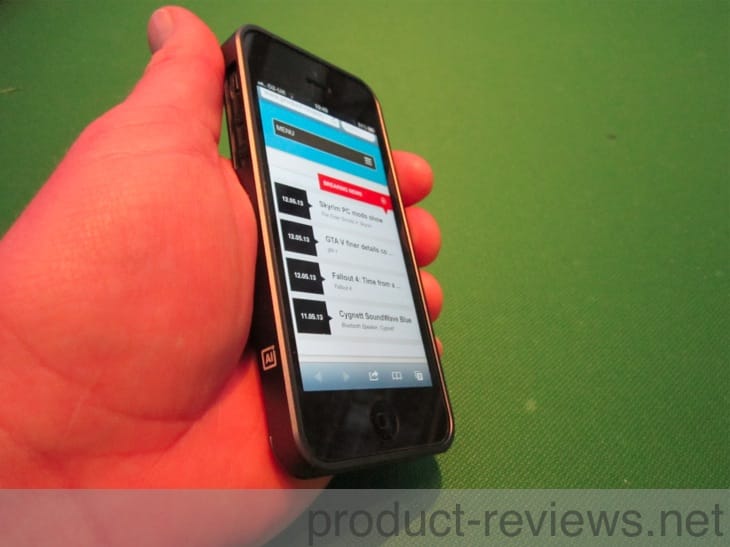 Made from AeroSpace Aluminum the AL 13 weighs an incredibly light 14 grams and when held for the first time feels so much lighter than it looks like it should. The case is available in 5 anodized colored finishes, Red, Blue, Silver, Slate Black and Gunmetal Grey, and after some lengthy discussions we agreed the one we have been reviewing is the Gunmetal Grey version. My eagle-eyed daughter spotting the lettering GM next to the barcode on the sleeve then confirmed this! 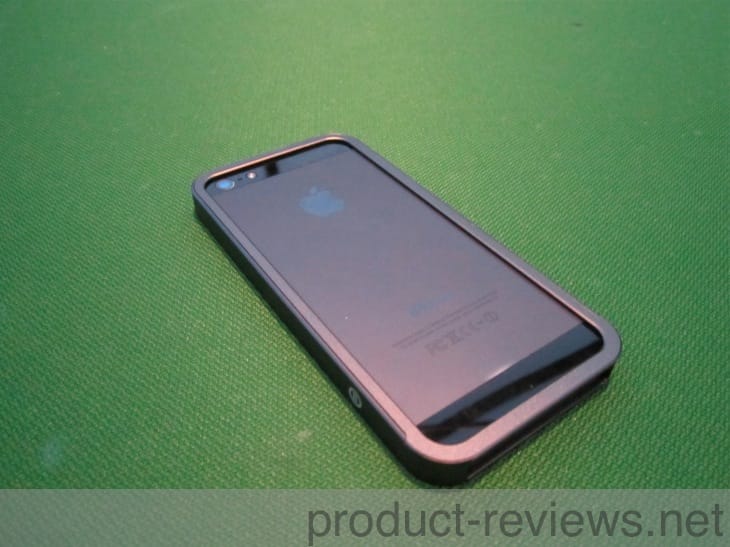 So many other cases we have seen over the years have involved bending, twisting or snapping into place and sometimes even the use of specialised tools to enable fitment, but in the case of the AL 13 it really is delightfully simple. 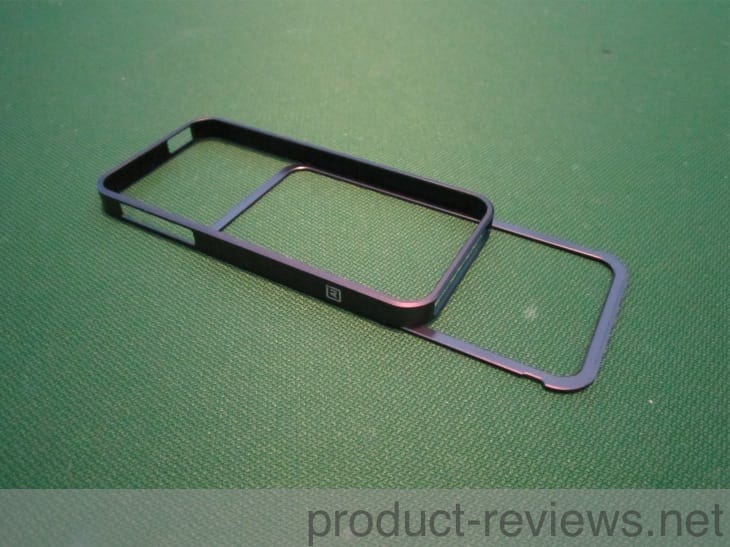 After unsnapping, the back of the case glides downwards and off the body of the cover, you simply fit the case over your iPhone and slide the rear of the cover back into place. The process is quick and effortlessly easy and in keeping with the stylish box the cover arrived in. 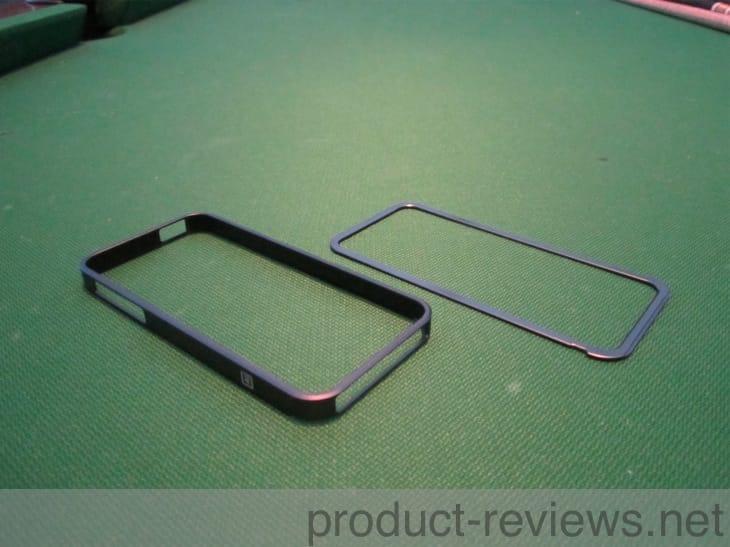 The rear-sliding panel reassuringly clips into place and the phone is securely held tightly within the case, with no chance of the cover accidently being opened whilst in daily use. 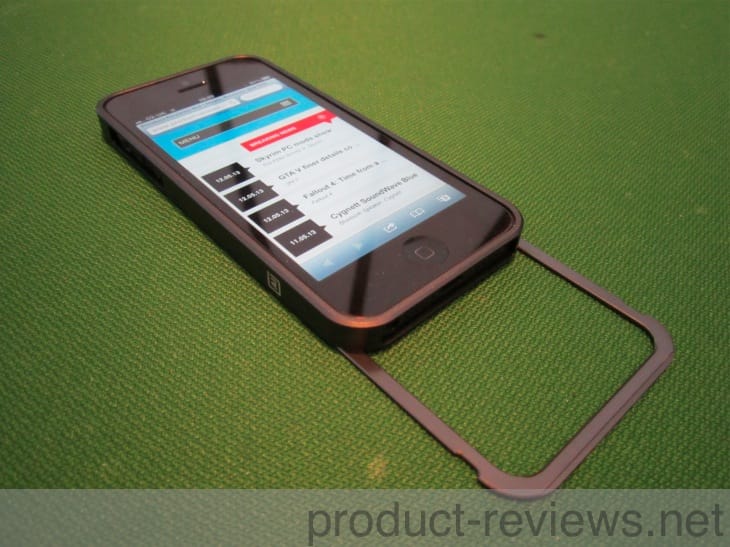 With the AL 13 fitted the overall difference in size to the iPhone 5 is negligible and access to all ports and buttons is unimpaired. The design of the bumper means the raised edges keep the screen away from direct contact with any surfaces it is placed on. 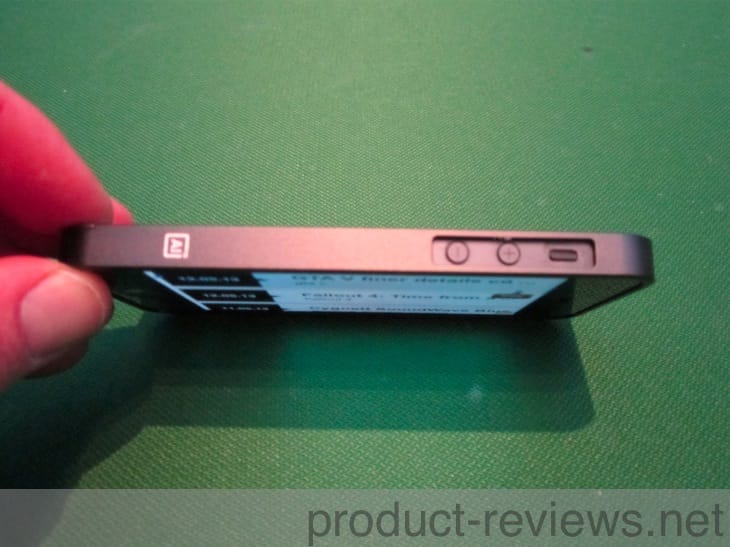 The inside of the AL 13 is also lined with an anti-scuff rubber lining that prevents the gloss finish of the iPhone from being scratched. Whilst this lining will offer slight protection if the phone was dropped, there is no separate shock absorbing liner and I certainly would not recommend this case for use by people in the manual labor market. Also included are a film protector for the back of the phone and an anti-fingerprint, anti-glare, high impact screen protector. 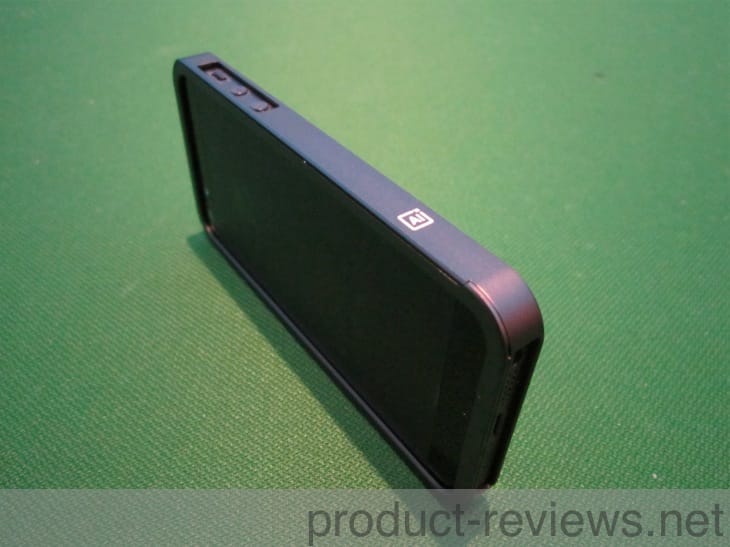 As with any metal casing there is a possibility for signal loss although the AL 13 team have run significant tests on this and claim the AL 13 has a signal loss of up to 10% compared to most other metal cases, which have a loss of 20% or more. I have to be honest; during the time I have spent with the case I have had no calls drop out or any issues with signal problems. 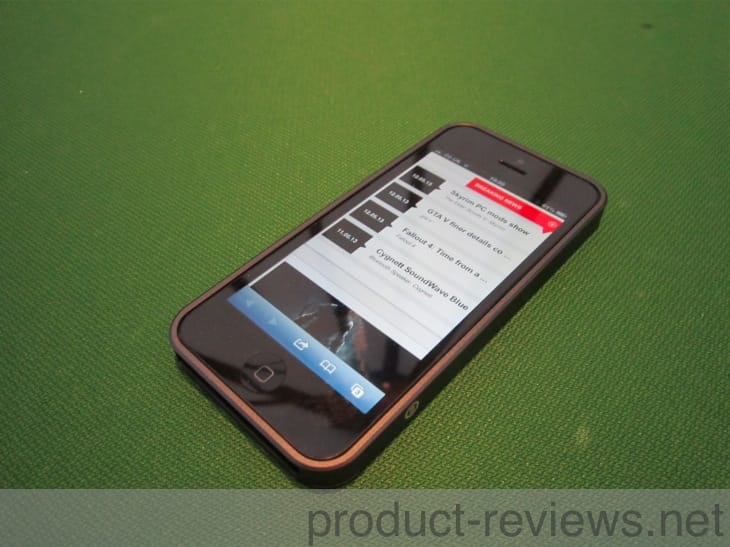 Overall the AL 13 is a sleek looking, intelligently designed case and offers ample everyday protection whilst complementing the iPhones’ original design. It is refreshing to use a cover that feels a part of the phone itself and doesn’t snag or get caught in the pocket when grabbing the phone to take a call. It won’t suit everyone as the level of protection offered simply won’t be enough for many, but if you are someone looking for a minimalist and ultra cool lightweight case, this has to be worth considering. 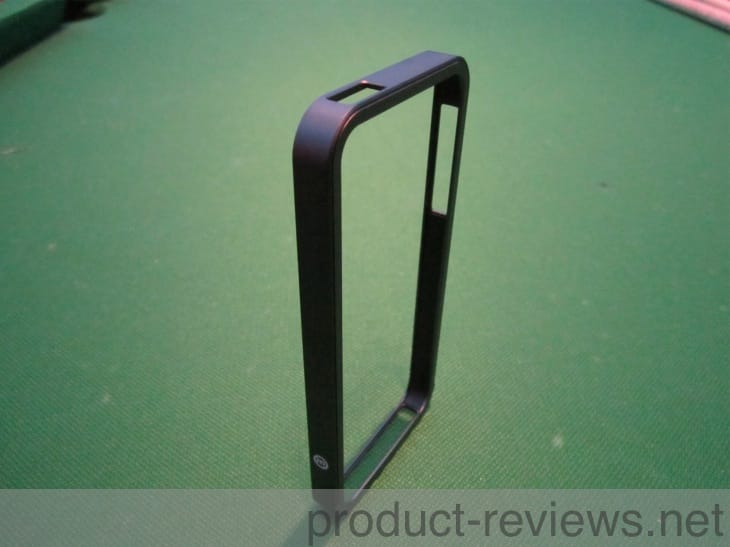 These AeroSpace Aluminum cases are available at $79.99 and to buy or for more information check out the designed by m site here. Currently the Silver, Red and Blue cases are on back order but will be shipped by May 29th 2013.

Further pictures of the Gun Metal AL 13 we have been reviewing can been seen below. 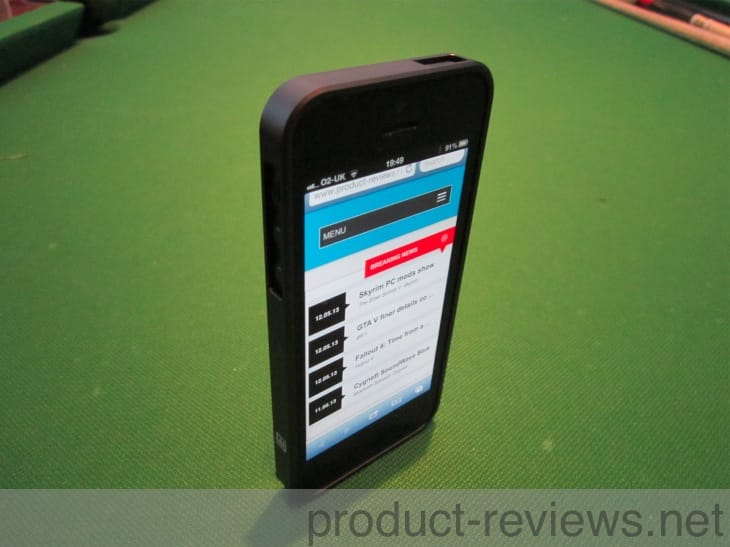 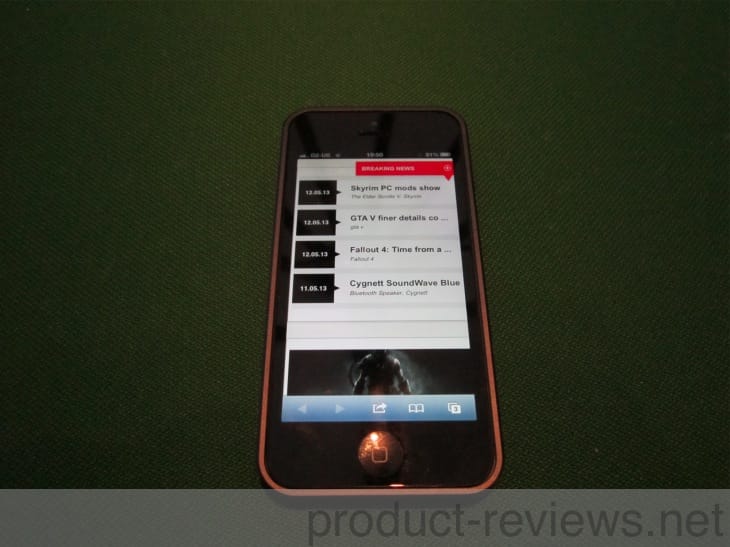 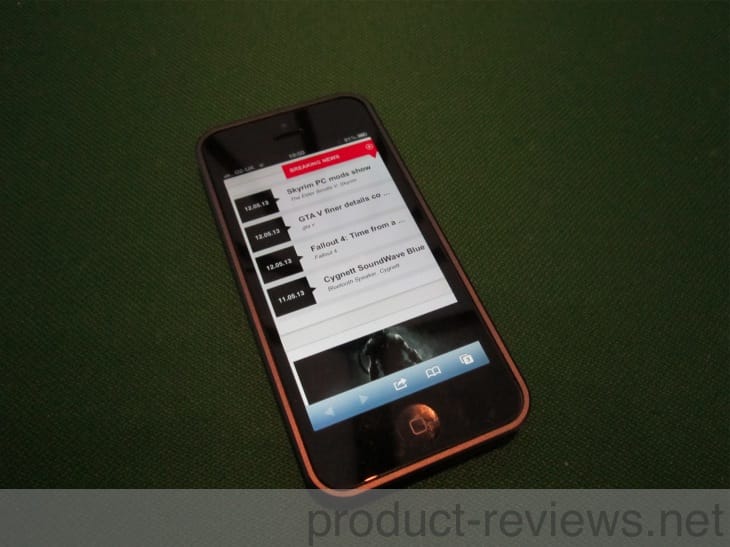 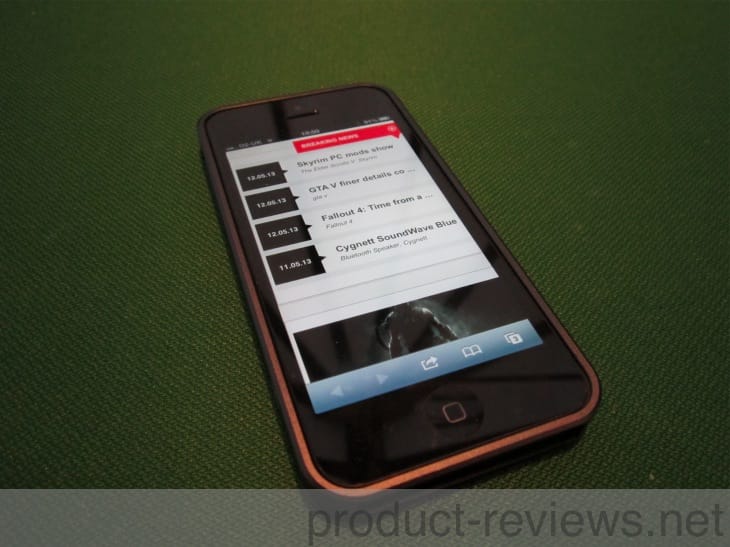 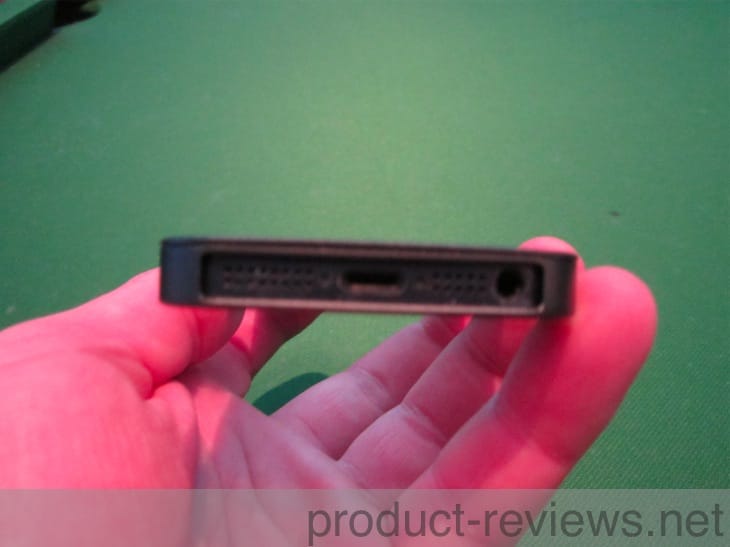 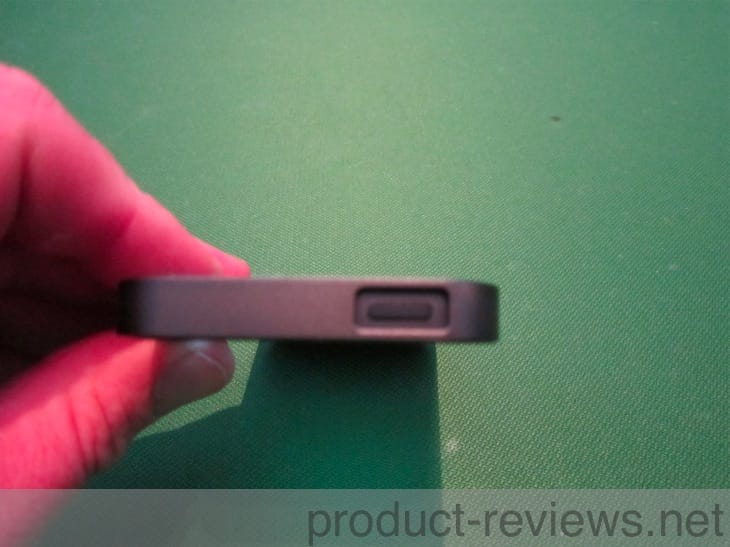 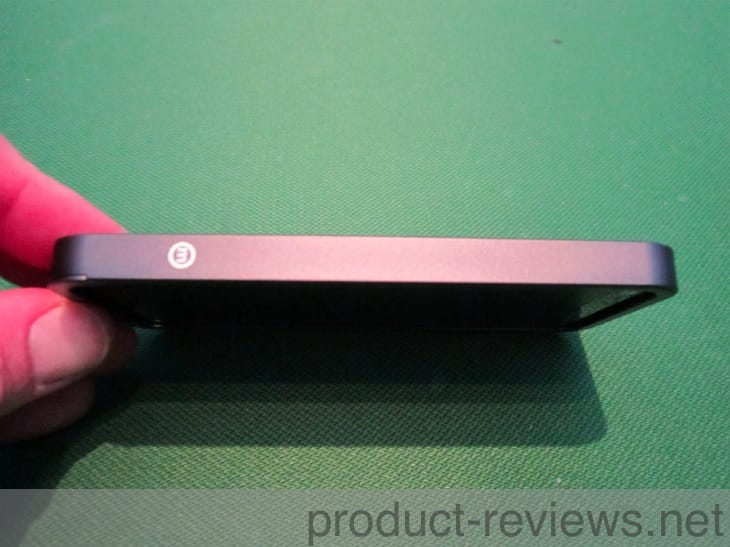 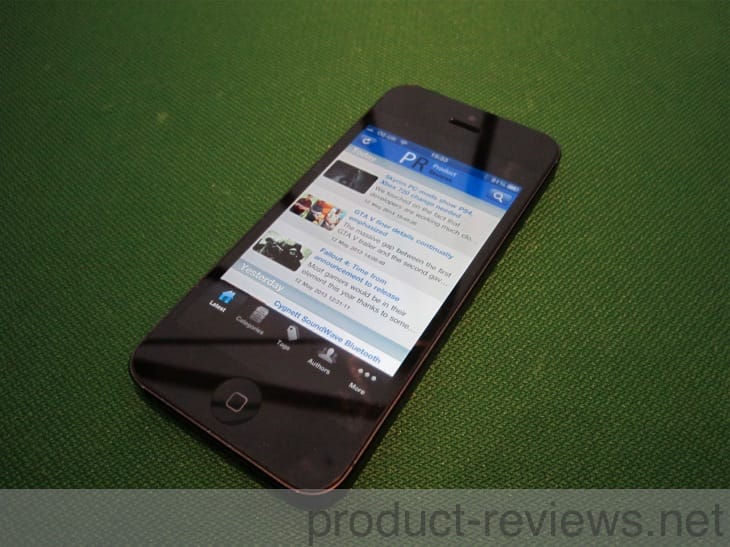 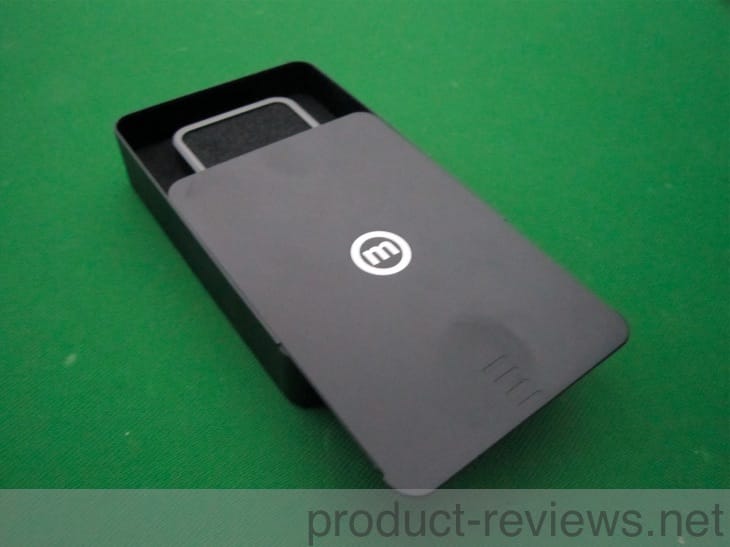 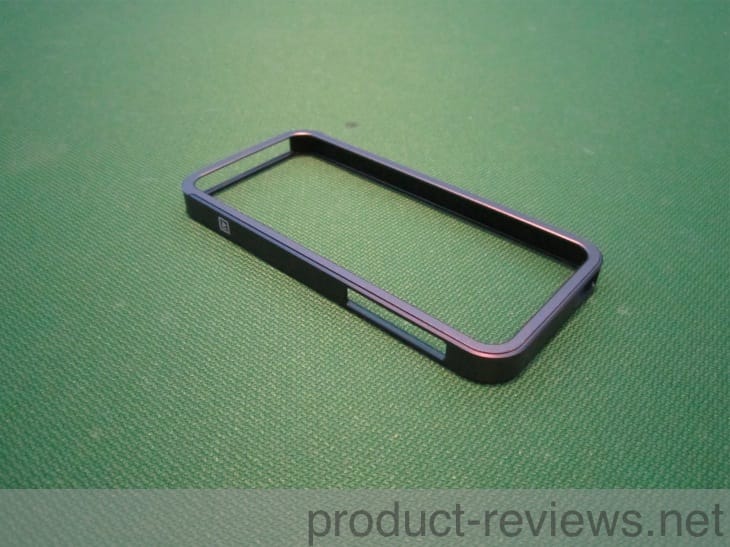 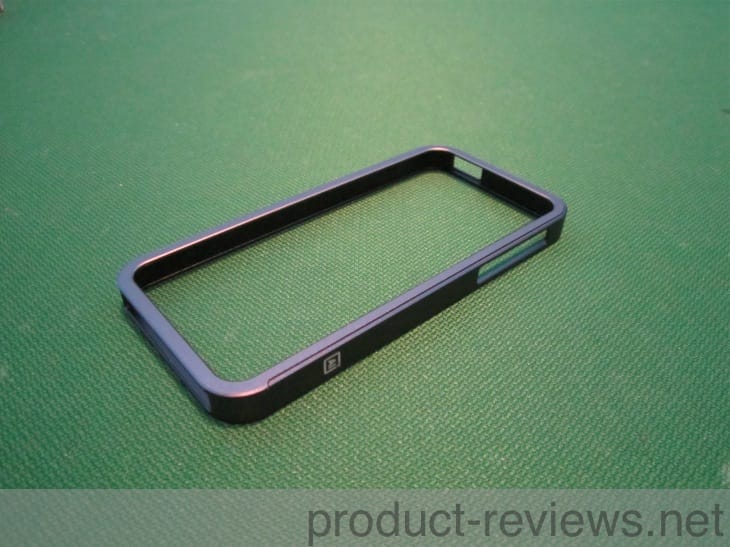 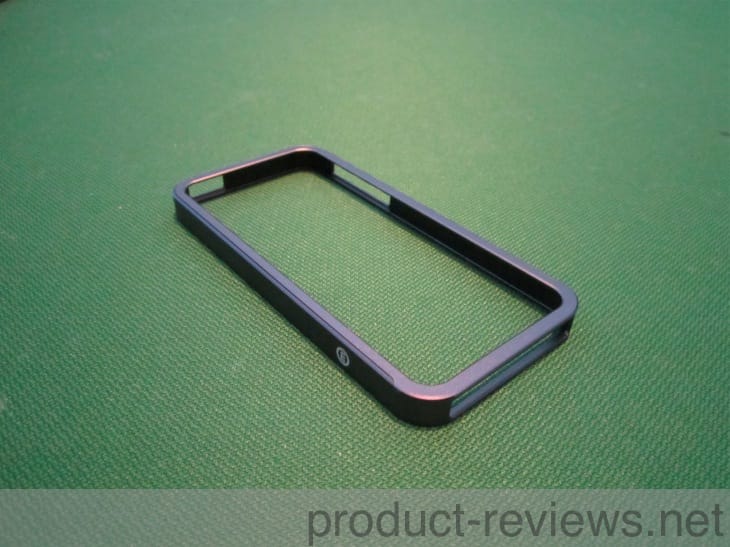 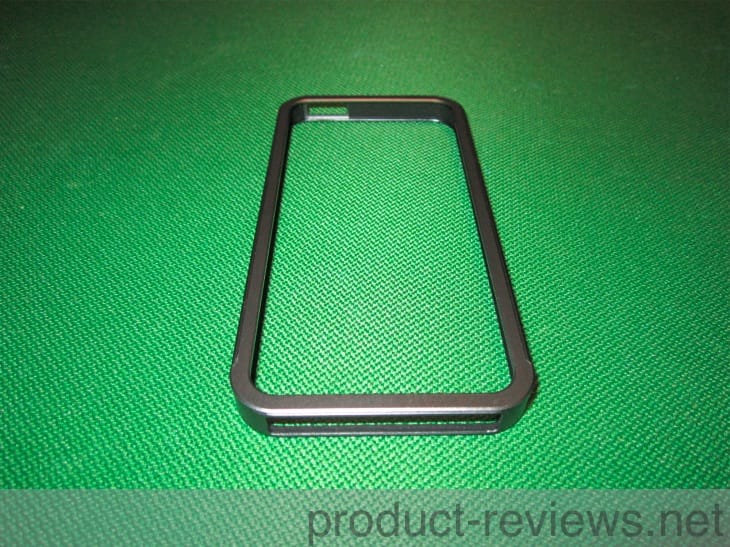 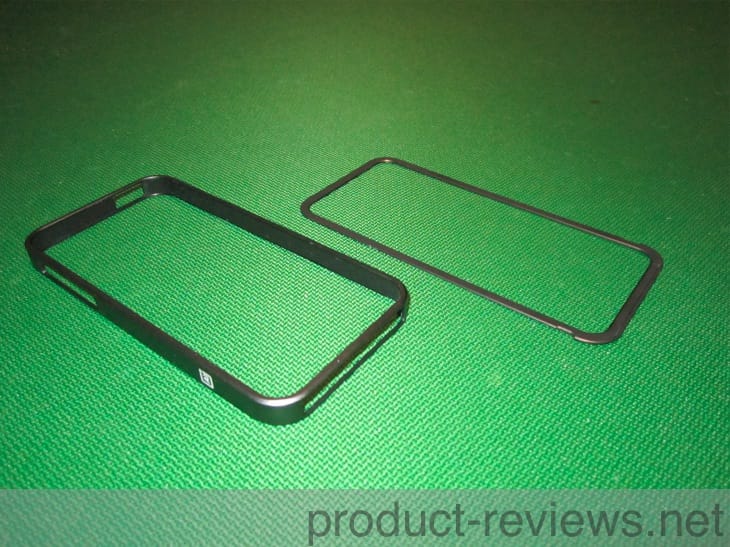