We have been playing around with the iPhone 5 for a few days now and noticed immediately that the battery life is at least the same as the 4S in real world tests, which means a loss of a couple of percent an hour in most circumstances. Obviously that kind of iPhone 5 battery life is under light usage and would drain much faster if video had been constantly played.

Apple’s iOS 6 has been plagued with problems for some users, and especially those running the new software on an iPhone 4S, which we touched on a few days ago and received a massive response from PR readers. The reactions to this article clearly showed some problems with battery life for an iPhone 4S with iOS 6 installed. We doubt every phone is affected, but by the response it is clear that a large amount of users are experiencing fast battery drain.

Our iPhone 5 battery life review delivered a full day — when we first purchased the 4S model last year it had been a disappointment as far as battery had been concerned, although after a couple of firmware updates things improved dramatically. This year we got hands-on with the iPhone 5 right away, and found that disconnecting the charger at 9am and using the phone for multiply tasks kept the device alive until 6am the next day. This is a vast improvement on our initial reaction to the 4S last year. 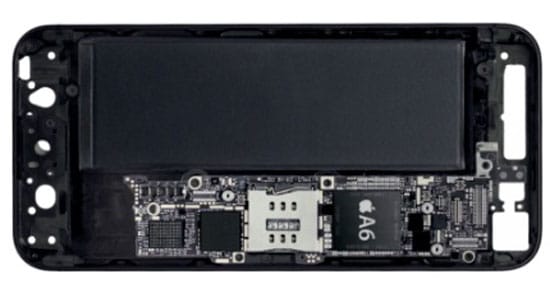 The iPhone 5 features are given further praise in a review on a popular gadget blog, which saw a test under extreme circumstances. Their iPhone 5 had a video looped on continual play, and the author states that Wi-Fi and LTE had been left on during this test, which didn’t cause any problems and shows iOS 6 runs much better on the latest hardware. They managed to get just over 11 hours under this strain, and that’s impressive when compared to the majority of devices.

We noted in our test with iOS 6 maps and GPS turn-by-turn that the iPhone 5 kept a lot cooler, which is something not experienced on the majority of iPhones we’ve owned and considering that includes every generation since the beginning, it shows that the iPhone 5 hardware has really improved this year. If you decide to jump onboard the new iPhone bandwagon you can count on a fresh new design, which is lighter, smoother, and runs much cooler.