While many consumers are getting very excited about using the brand new features within iOS 6 on the upcoming iPhone 5, carriers in the US on the other hand may be fearing a potential influx of bandwidth usage due to the new functionality that the new software update will bring.

Apple’s Facetime feature on the iPhone 4 and 4S remains a popular activity amongst users, but has been held back for a long time due to its inability to work over a 3G network. This was previously only possible when using a jailbroken handset, but with the introduction of iOS 6, Apple is making FaceTime over cellular an official feature at last.

While this is obviously great news for those that prefer video chats over standard phone calls, it is probably going to be a double edged sword in terms of costs and the limitations that carriers will introduce. Unsurprisingly, AT&T has wasted no time in announcing that consumers will need to pay extra if they want to take advantage of FaceTime over 3G or 4G. 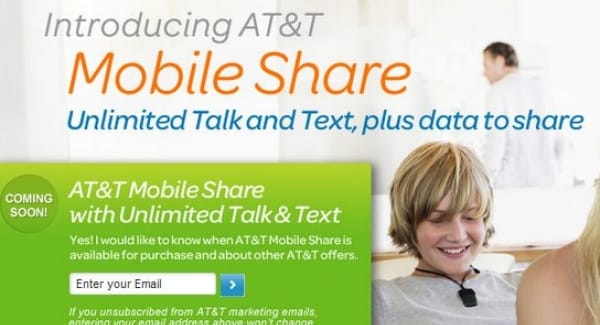 To do so, you’ll need to buy into AT&T’s recently introduced MobileShare data plan, which starts at $40 a month plus $45 for each smartphone for a 1GB allowance. Committing into one of these plans is the only way you’ll be able to utilize FaceTime over cellular and we could see similar moves from other carriers once iOS 6 is out.

Meanwhile, those that are willing to jump into this deal will naturally want to take AT&T for all they are worth and really stress test their 4G LTE network – well within their rights if they are having to fork out extra for this luxury. FaceTime over 3G was already notorious for gobbling up bandwidth, so it will be interesting to see if AT&T’s move was purely based on their fear of consumers going data crazy once the iPhone 5 and iOS 6 become available.

Has AT&T taken things a step too far to restrict a new on-board feature of the iPhone 5 to MobileShare customers only? Imagine if we see a future approach from popular apps such as Whatsapp, where they decide to save up on bandwidth costs too with extra fees in place for free chat.