Now that the WWDC 2011 keynote is over we now have reason to believe that the iPhone 5 and iOS 5 release dates will coincide. The reason we say this is because the new mobile OS is due for release in the Fall, which is in September — the same time that the fifth-generation iPhone is due for release.

Now this does make perfect sense to us, as a major new iOS normally gets launched just before a new iPhone. Why else would Apple not release iOS 5 in the June like they normally do? It was inevitable that Apple would want to make the new version of iOS available for the their new handset.

The moment that Steve Jobs said that the software was not coming until the Fall, we knew right away that we would not be getting any hardware updates during WWDC. This is a little upsetting, but we should remember that Apple has given us much more in the way of software and new and improved services. 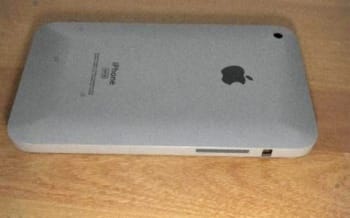 Even before the keynote started we were holding out for a surprise from Apple; but at least we get to hold on to our money for a little longer. The moment that the iPhone 5 becomes available a number of us from PR News will be putting our pre-orders in. However, we do not get away with it that easy, as there are still rumors that a new MacBook Air will be with us either this month or next.

Do you think that iPhone 5 and iOS 5 release dates will coincide with each other?